My daughter Leeloo turned 9 today, in Panama, and I am SOin aie of Gina to be that good a mother to have  found a full day’s worth of entertainment, in a foreign land, in a literal moment’s notice. Literal because until last night, we really thought we had this thing packed up thanks to a Go Kart racing track. Our girl loves speed and being in control of large engines, apparently, so we were all good… Except, Gina woke up in sweats last night, asking me to check on the place’s location, she suddenly had a dreadful doubt. Yep, her spidey sense was right, the Go Kart track was in Panama City, FLORIDA!!!!!…

Suddenly, one of us had a brilliant idea: HORSES! There’s gotta be a horse farm, riding school, even wild ones in a field that we could go to and at least pet, right? Right. Gina got to work and quickly found Castilla Del Oro, whom we would call at 7am, before Leeloo woke in a dust cloud of joy, prepared to satisfy her birthday hunger, and schedule a lesson, or something.

We called, told our sob story, they had a spot of her. Damn, we rock. More importantly, we could finally make a poster… 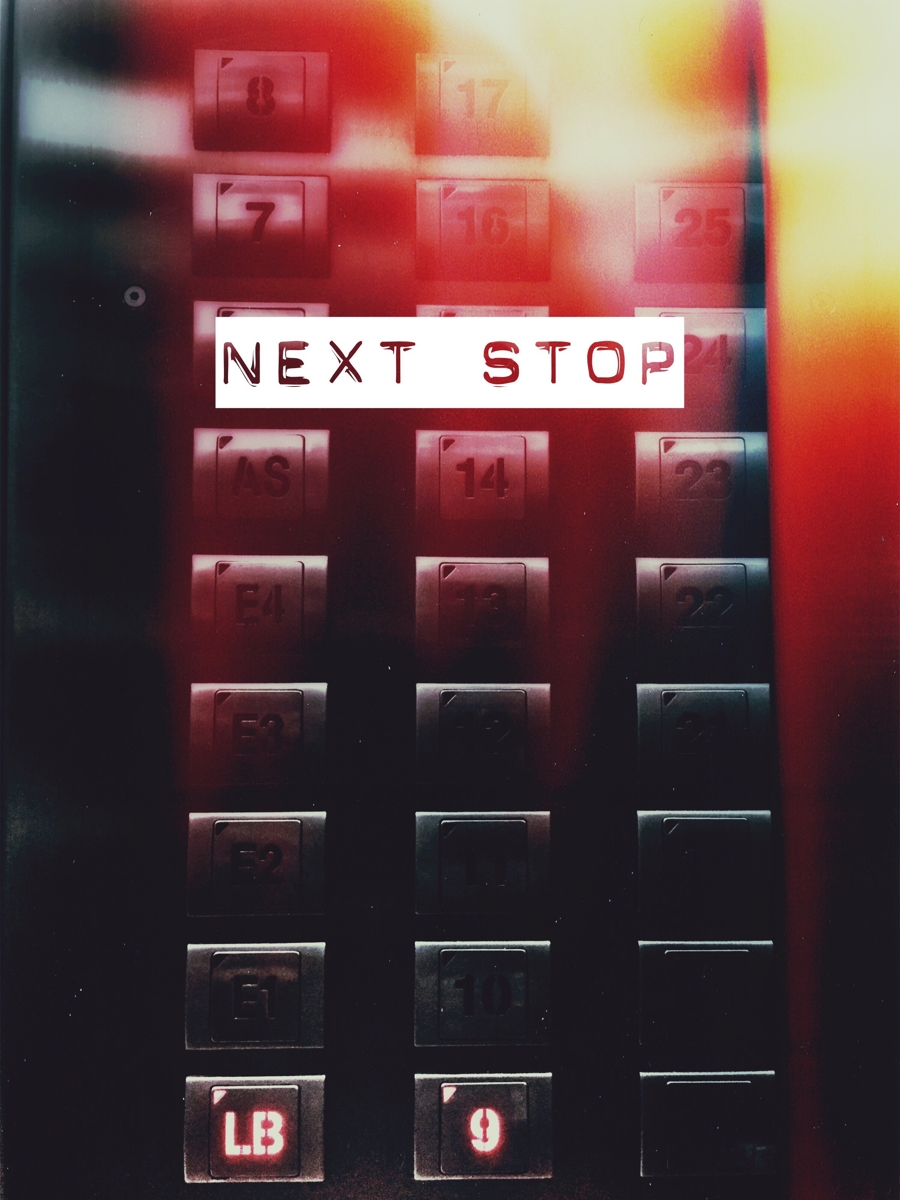 So, that surprise being in the afternoon, we had a few hours for some traditional gift-giving… 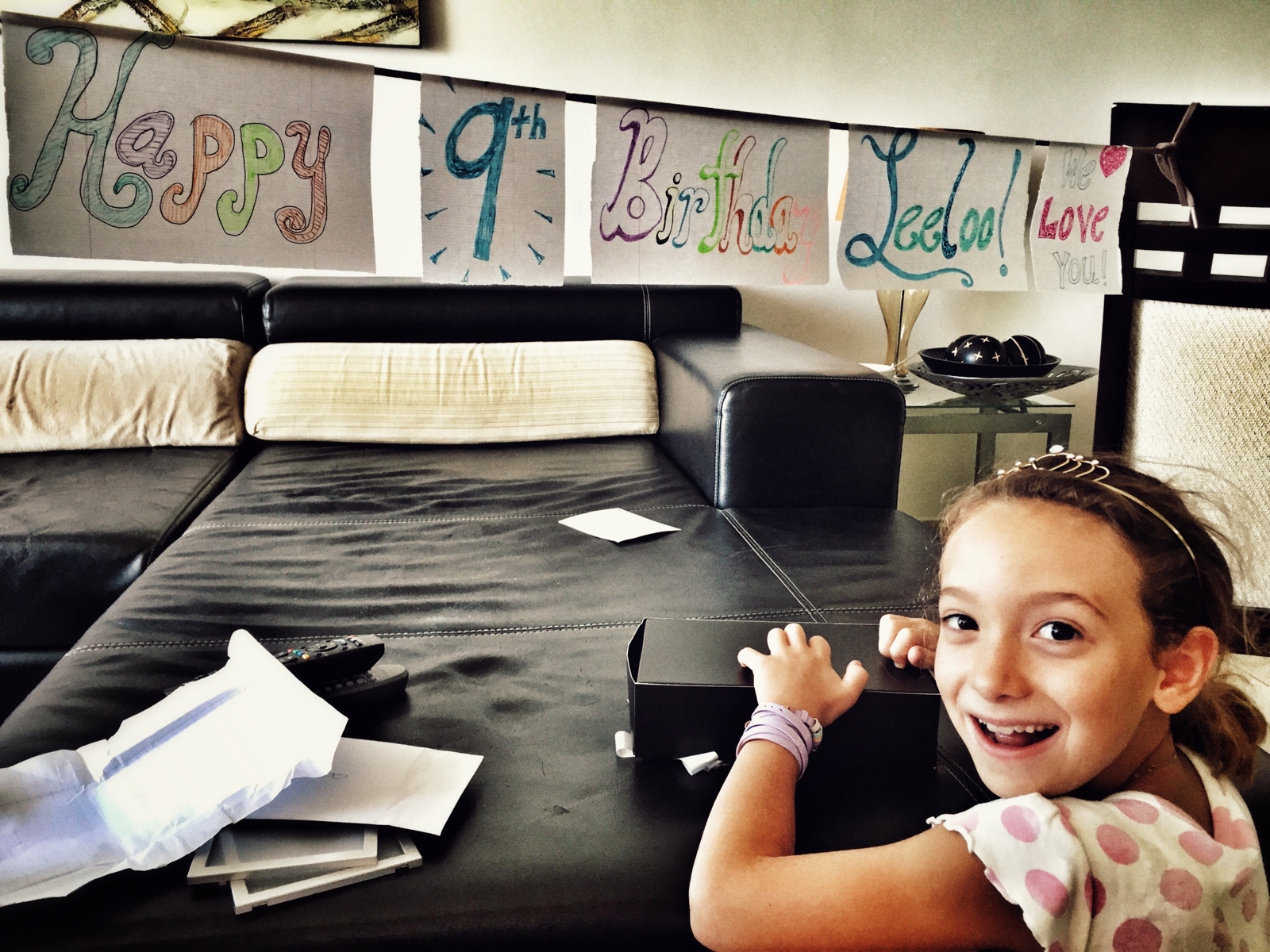 …as well some good-natured “so what would you like to do today?” call and response. Except the response was, “I’d like to give Papa a makeover!” 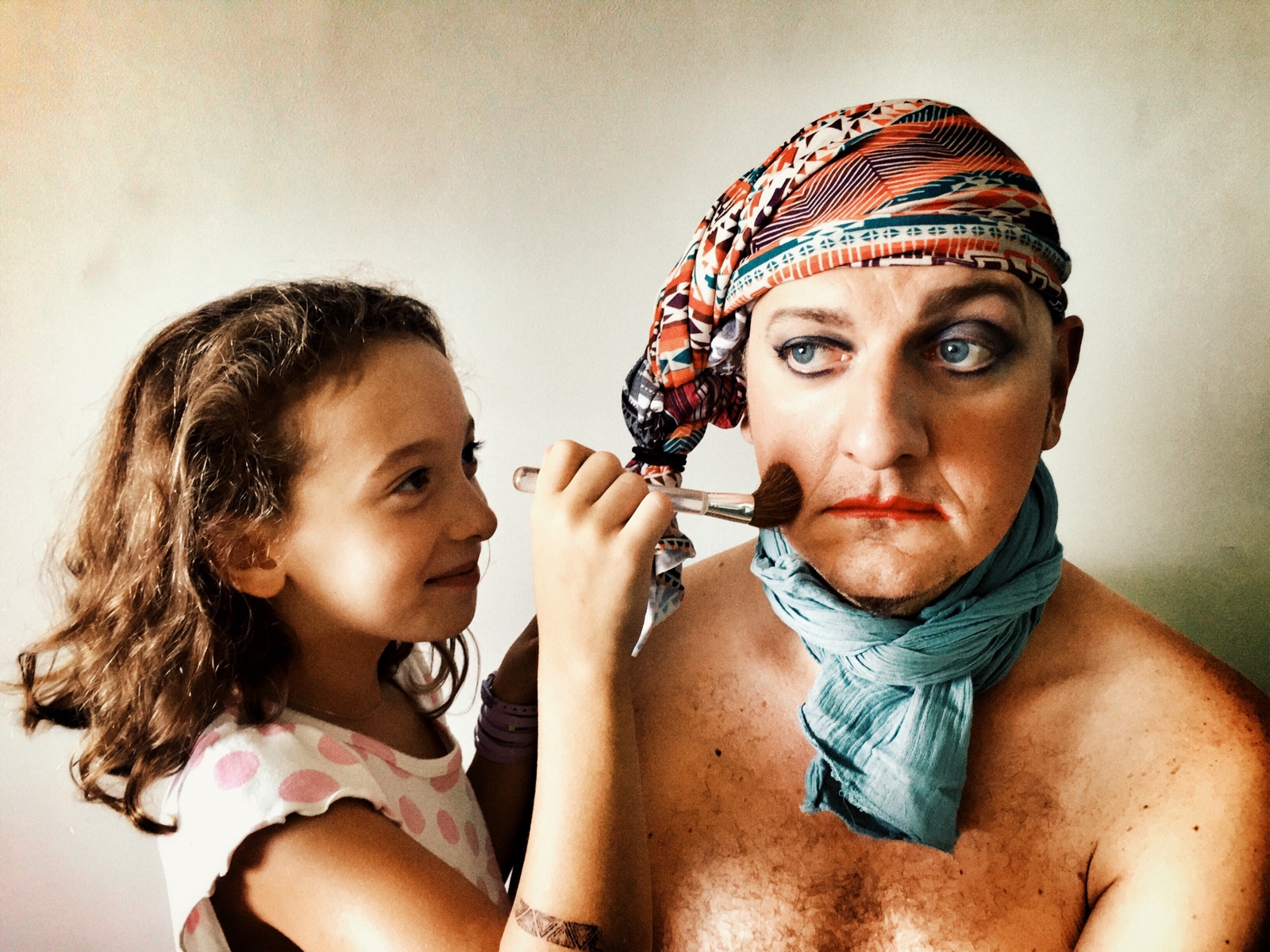 After a lunch she insisted on making, composed of sautéed potatoes, green beans and scrambled eggs, into a taxi we went, 40 minutes out of the city to find ourselves in this mystical land, populated with majestic 4-legged creatures and the people who love them. As soon as they knew Leeloo was here, the teacher came out, pulled Tequila, a beautiful black and white horse from the stables, and our newly-nined was soon trotting through the Panamean dirt and into birthday heaven. 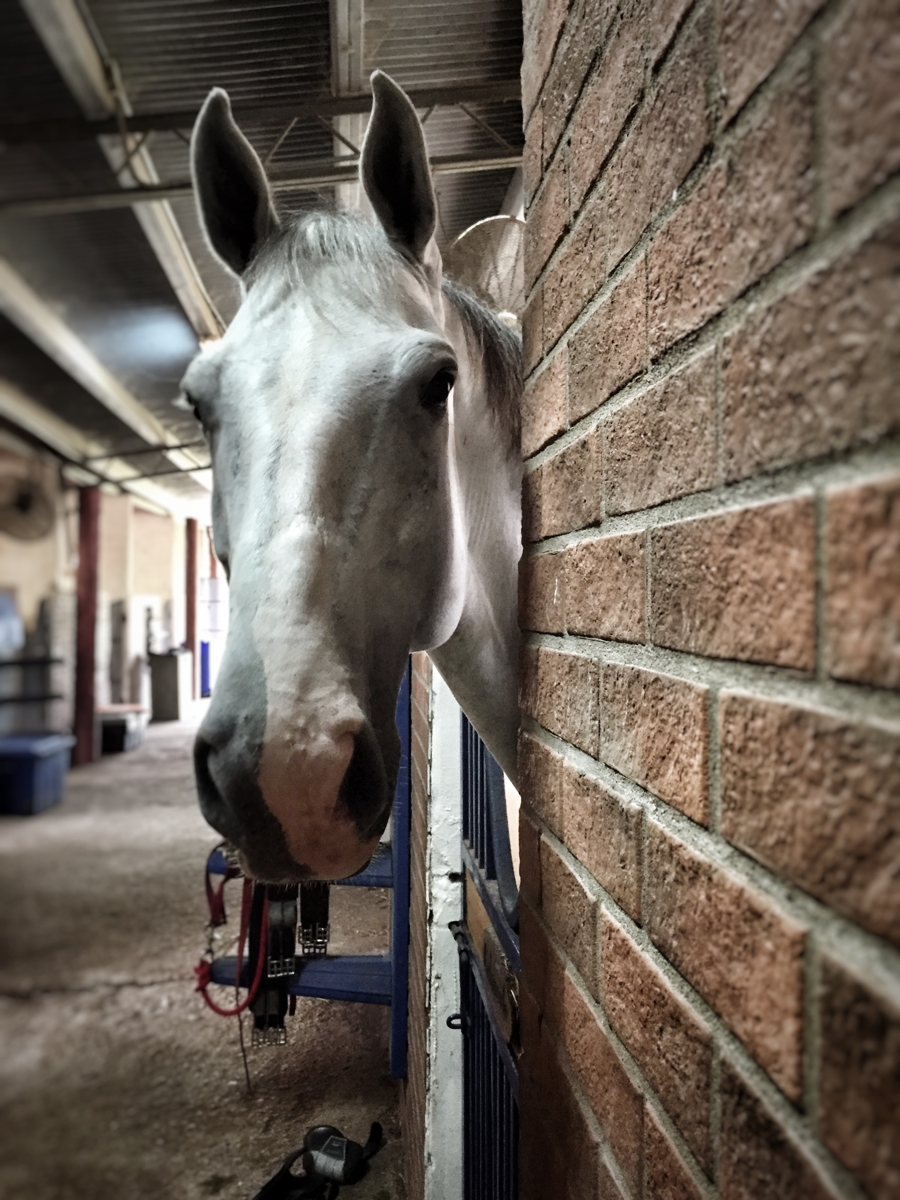 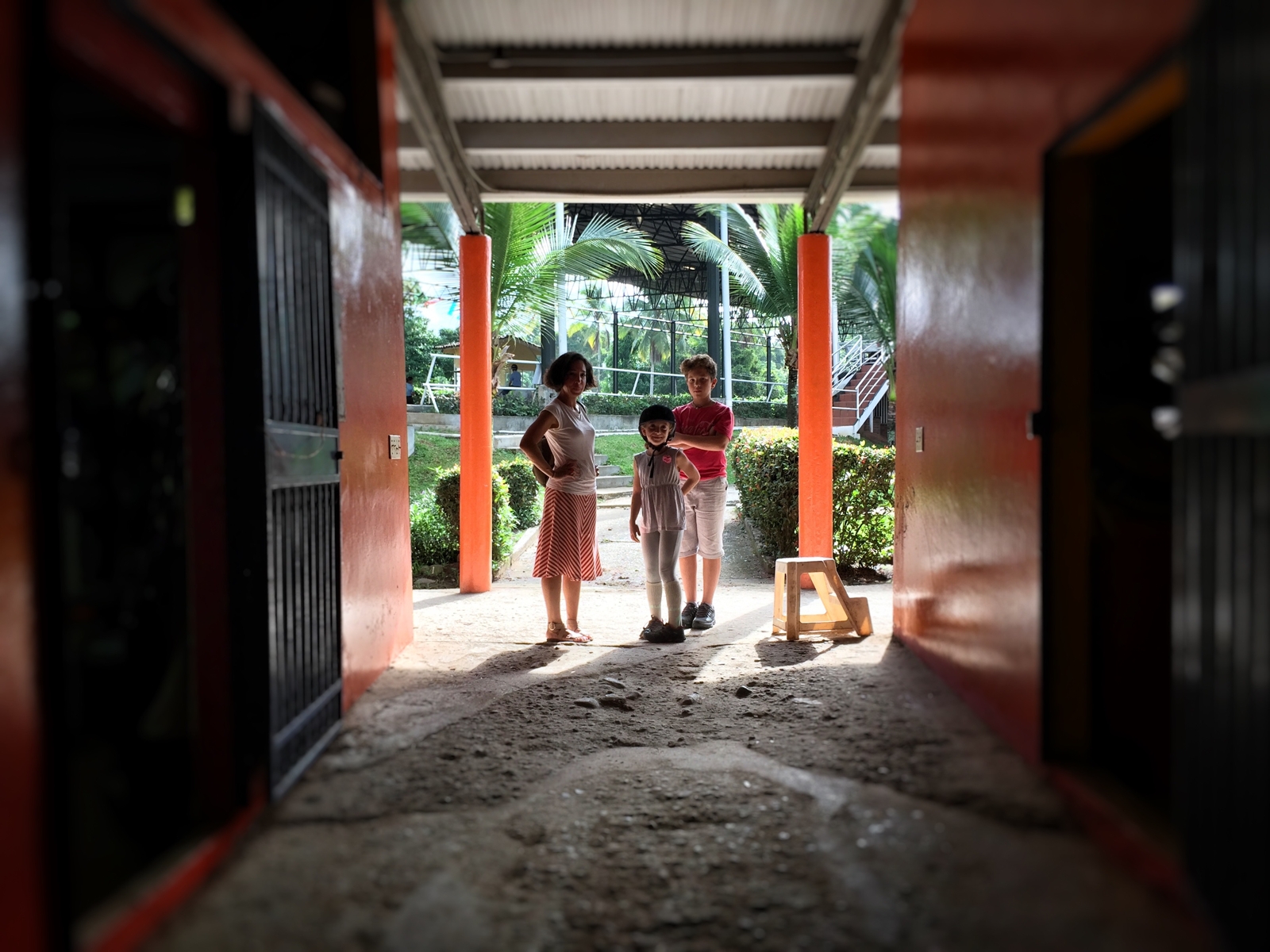 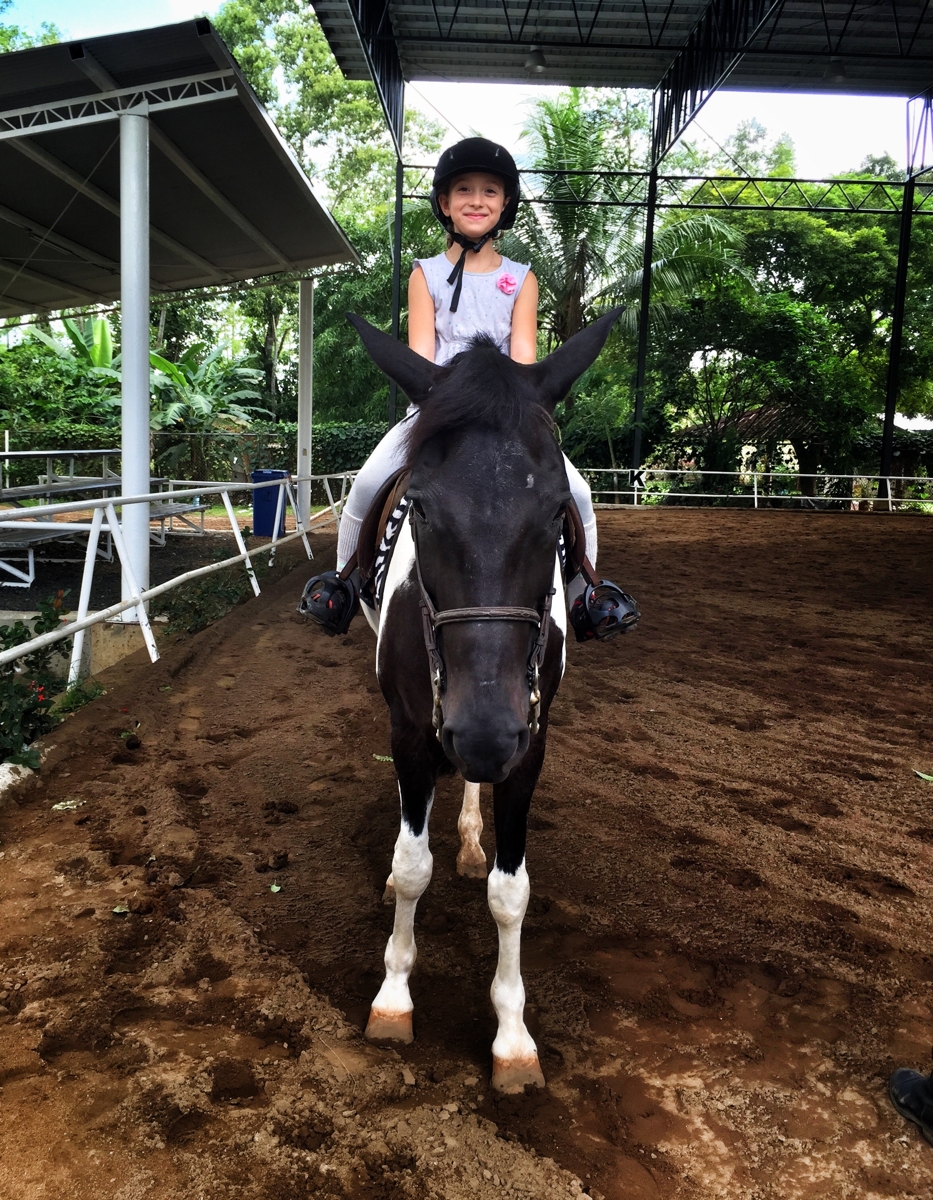 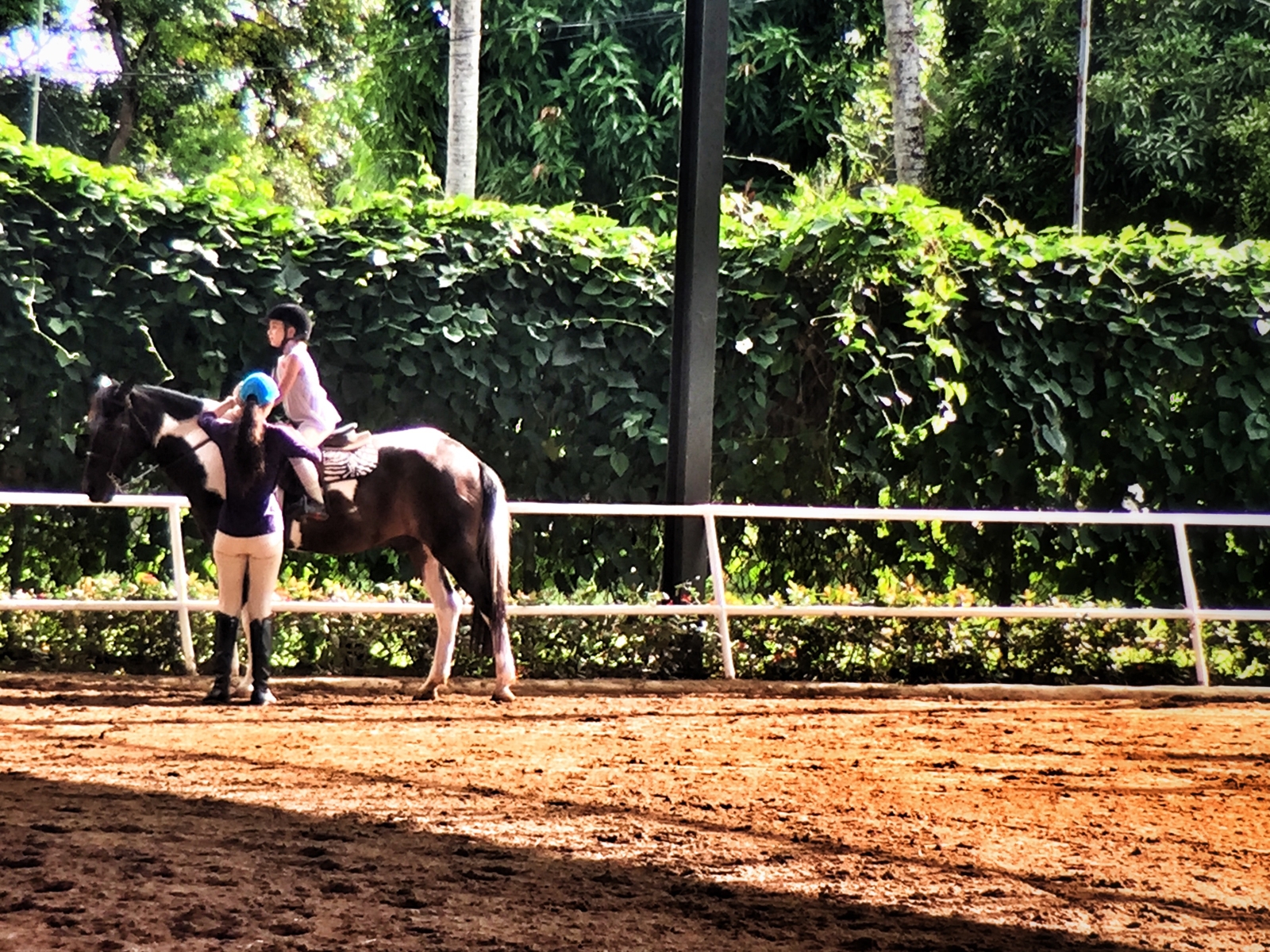 Watching from the sidelines, we couldn’t believe how quickly she took to the animal, attentive to the orders coming from her kind and skilled teacher, she was actually riding the shiny quadruped! 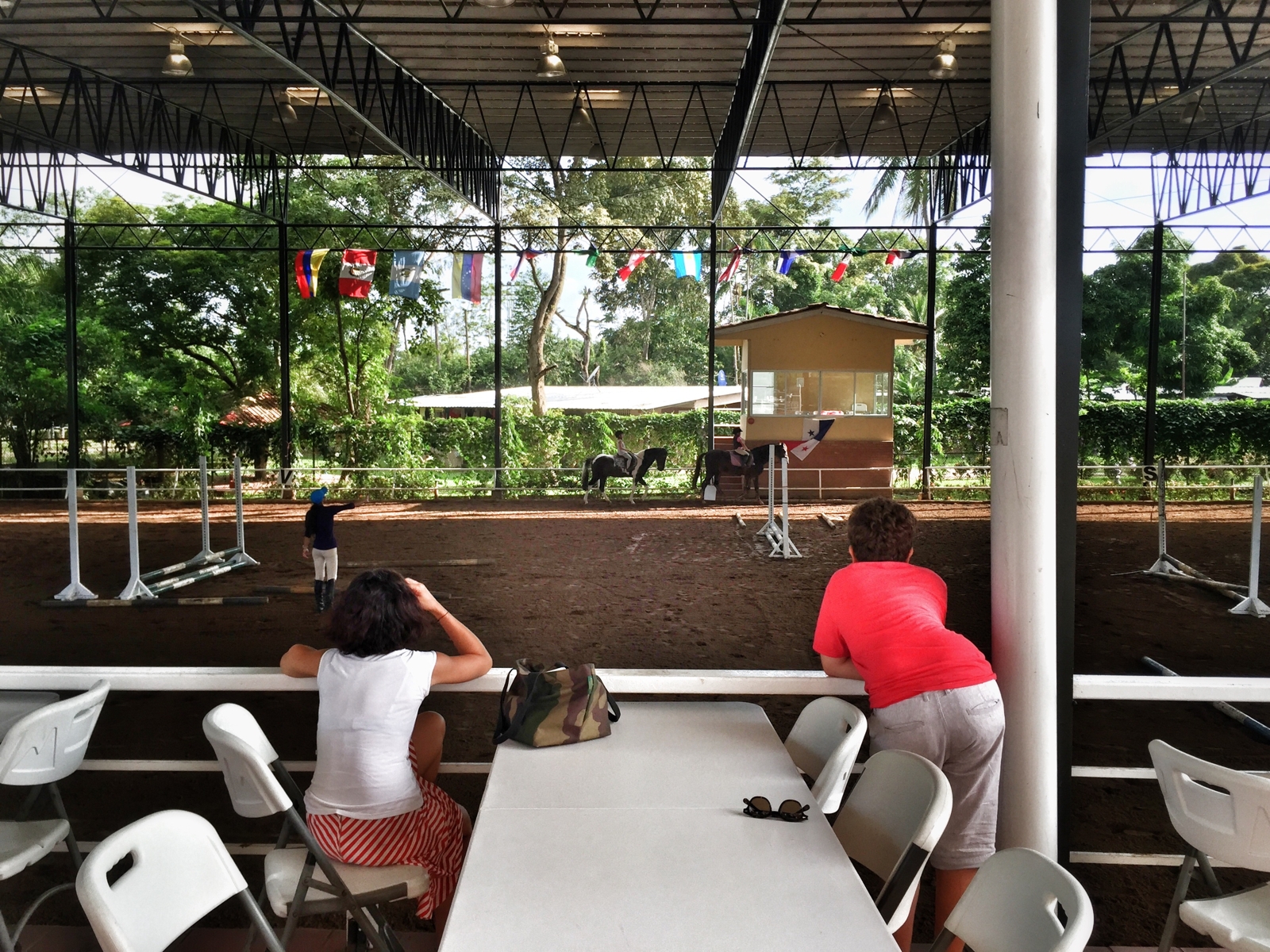 An hour later, coming off the horse, we just had one question: “So?…” Her answer: 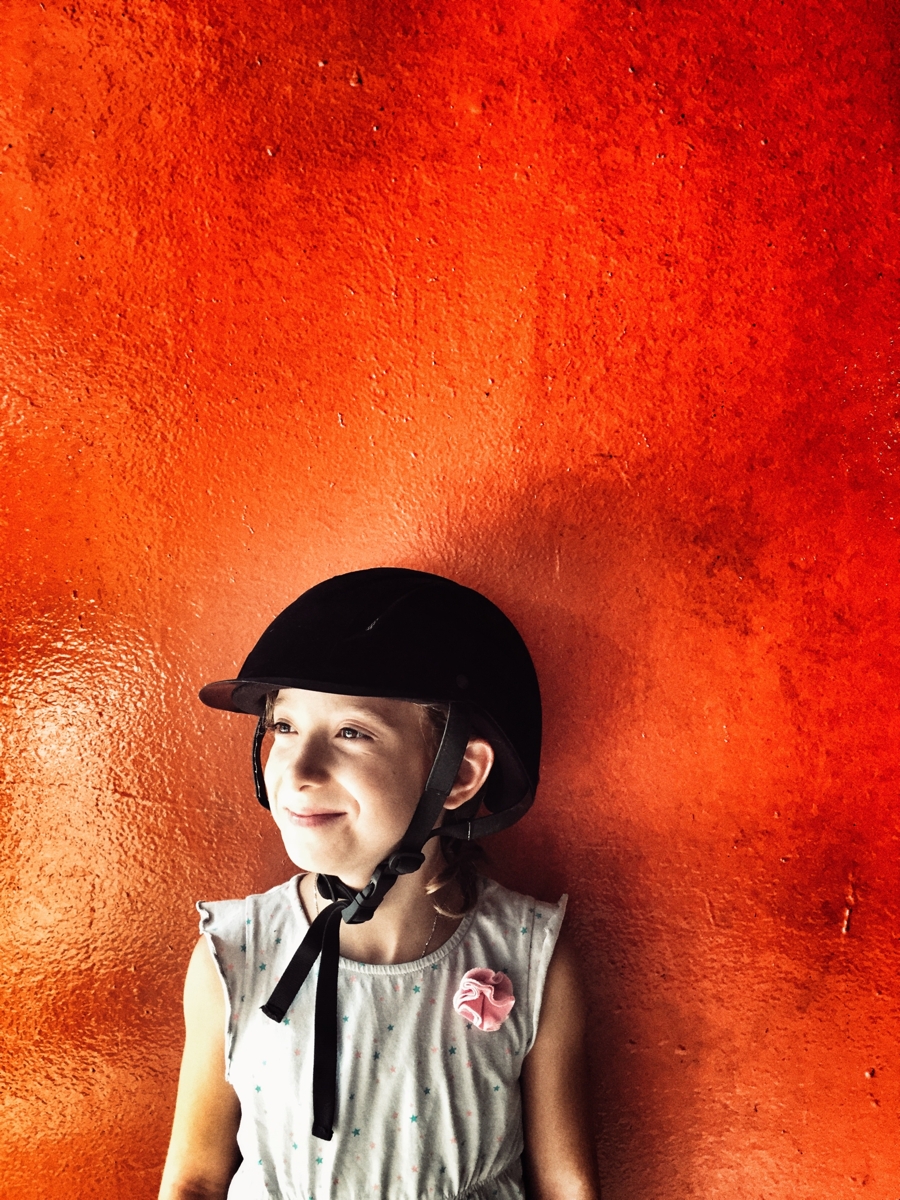 By golly, we had done it! Happy birthday my sweet MonkeyFrog!