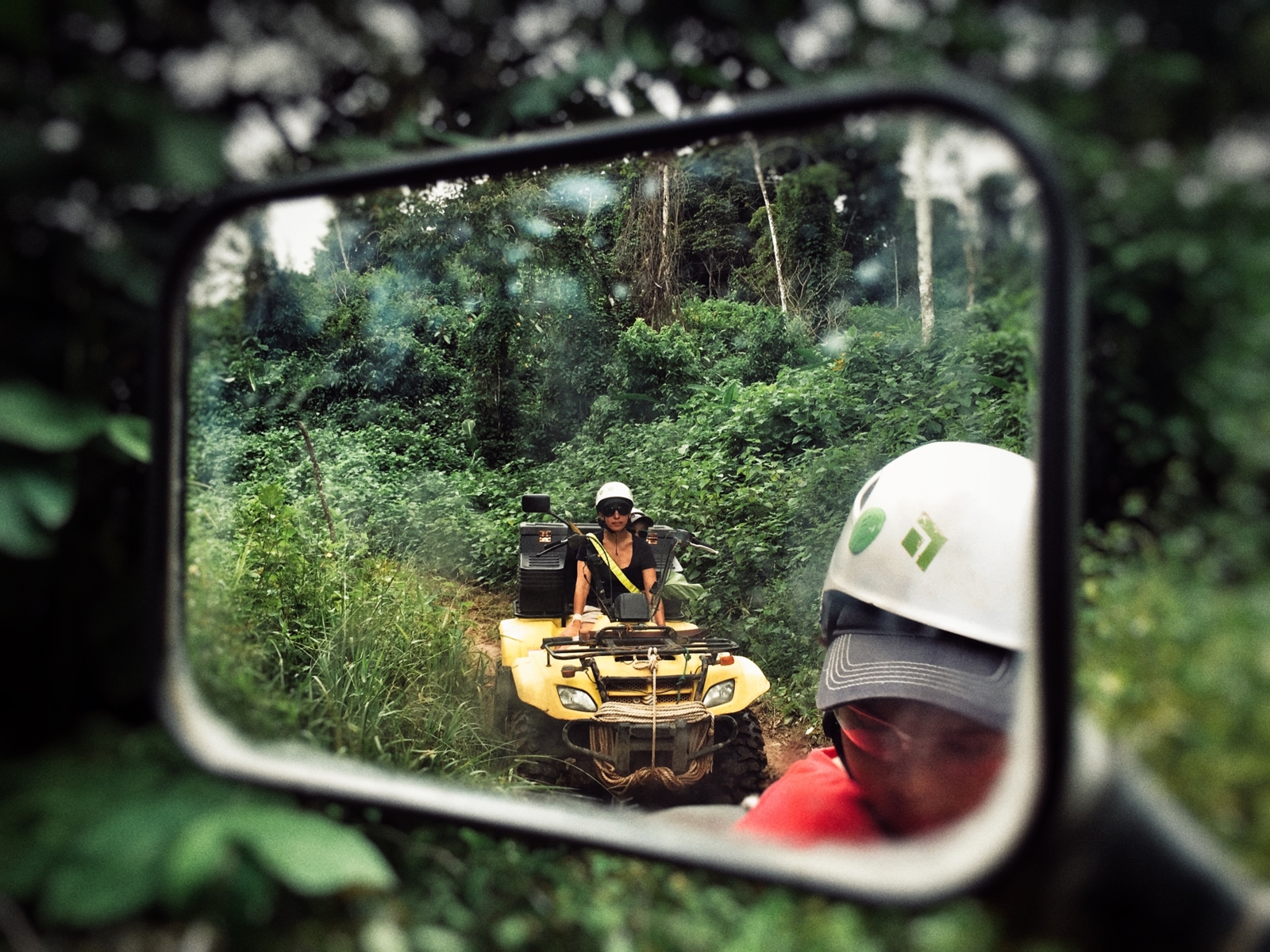 In retrospect, we should have known these words do not apply to Leeloo (8.) 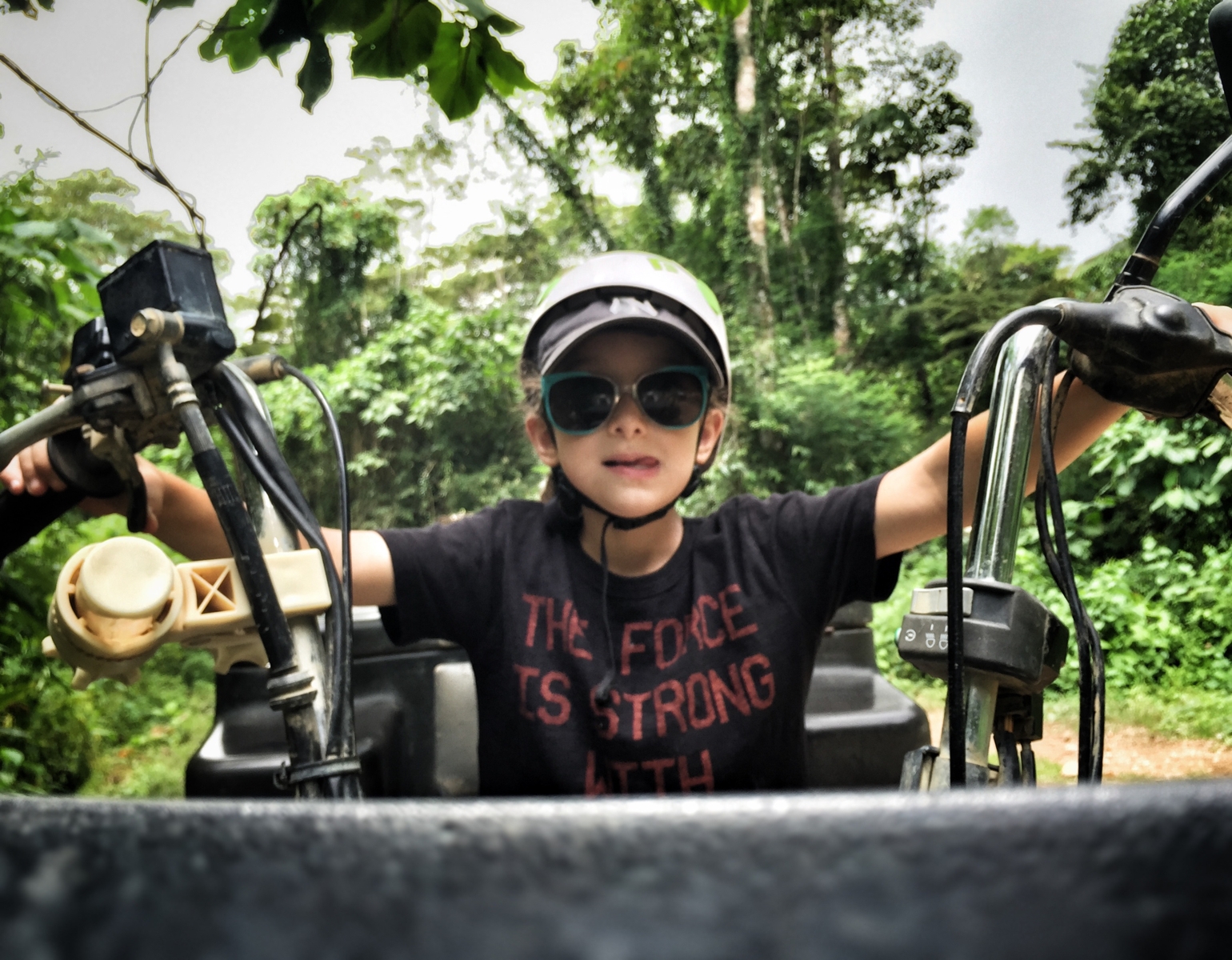 We are in Costa Rica after all, land of adventure, and we would be remiss if we didn’t try a bit of ATV speeding through the tropical forest. Our lovely caretaker Chandra recommended we call Karl, handsome proprietor and operator at Diamanté Verde, he would take care of us she assured. And that he did, pairing us with Jodi, a wonderful guy who would guide us for the next 5 hours through the literal ups and downs of the short tour. What we couldn’t expect were the kids taking to the machines like me to cake, fast and in massive quantities. 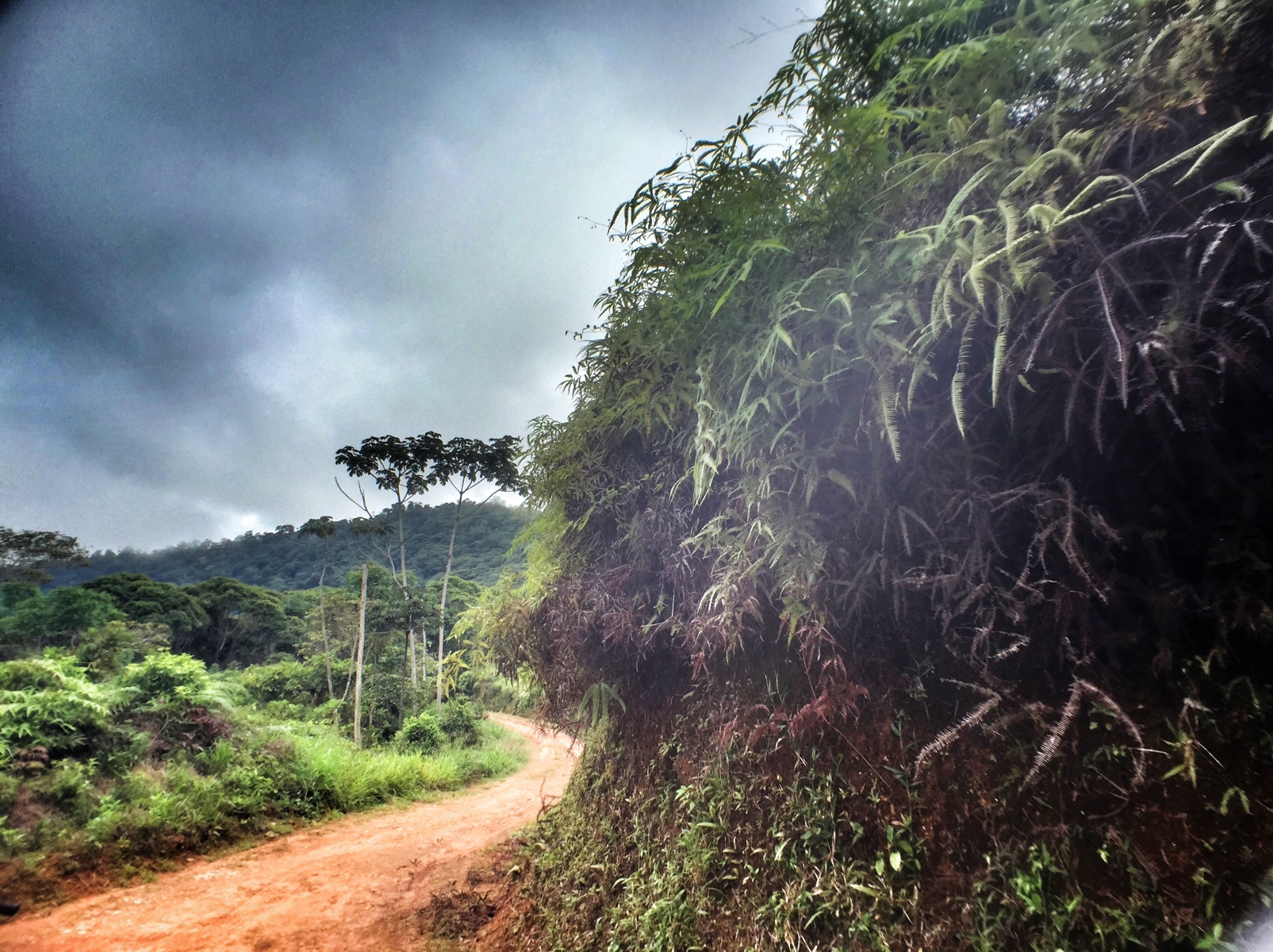 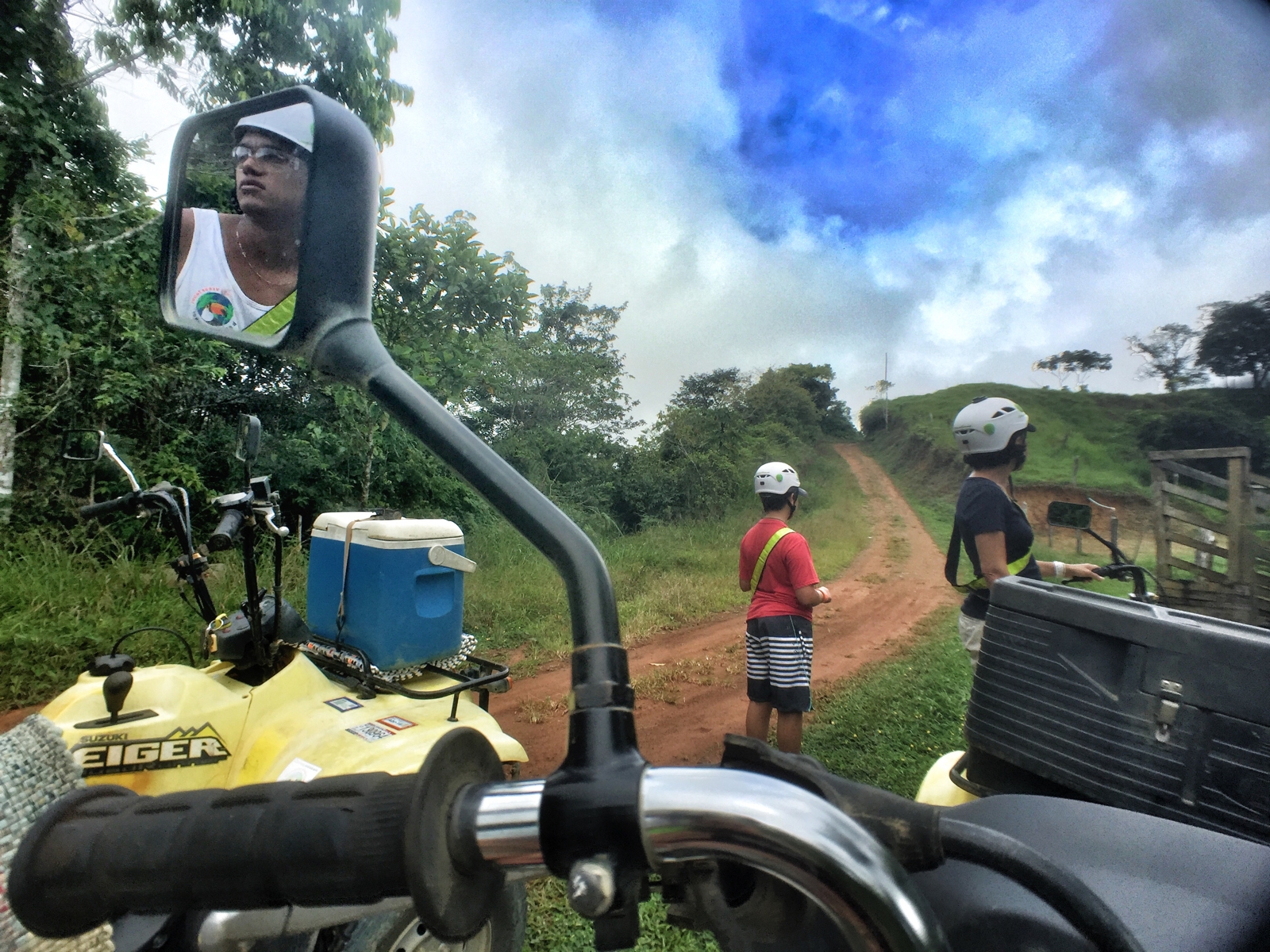 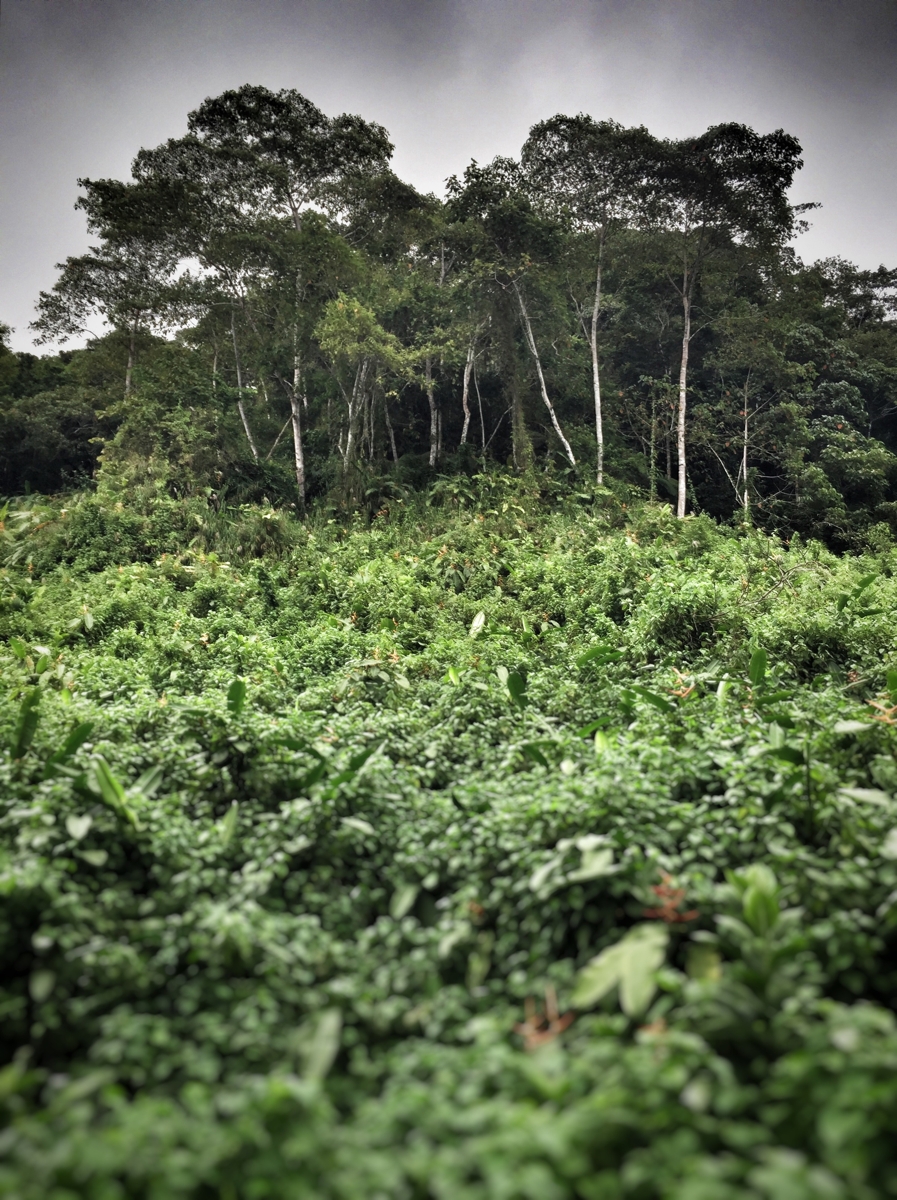 Right after the quick tutorial on how not to kill ourselves, off we went, with Leeloo in front of me and Zoel behind Gina. Generous as I am, how could I refuse my cute daughter a try at the high handlebars allowing a quick thumbing down on the hand accelerator, you know to give her a quick scare…

The way she took control of the machine, with such confidence and assurance, speeding ever-so gently in order to join Gina and Jodi in the line, that I swear I felt a tinge of Dennis Hopper in there. Leaving the paved road and onto the dirt, finally into the forest, so deft was she at maneuvering this 500cc engine that I slowly took my hands away and just started filming, as if a cameraman on a rig with a stunt driver, it was INCREDIBLE! I even turned around to film the others behind us, taking time to make sure my lenses were well-fastened and my stance steady. After an hour or so, I pretty much completely let her have it, to the extreme surprise of our guide (“my girlfriend is more scared than her!”) and the delight of my action shots, which I would never have been able to capture if I had had to drive to shoot! 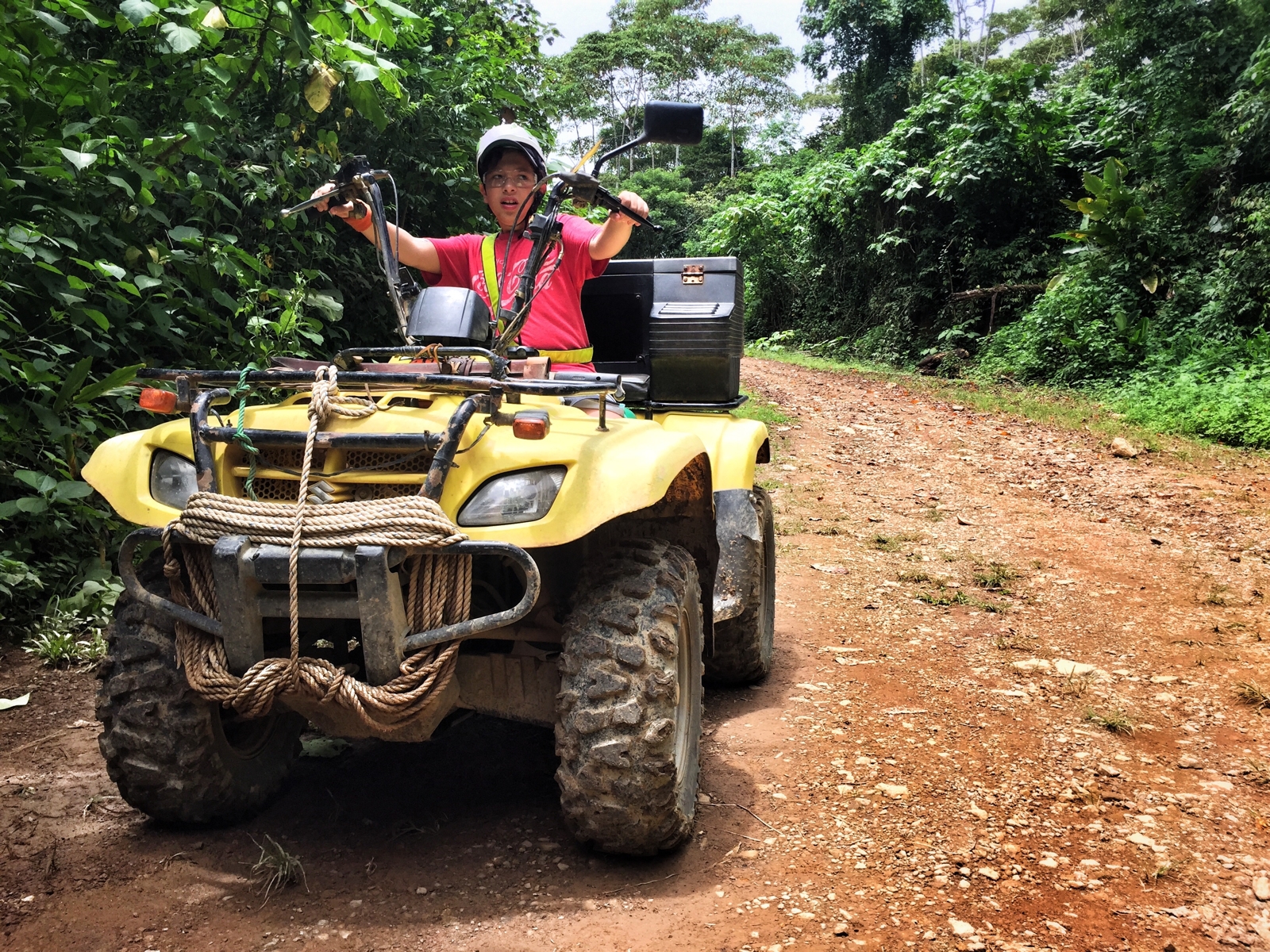 Then, it was time to switch and I let Zoel drive as freely. After a sketchy start bumping into the guide’s vehicle because of a slightly precocious acceleration, which can happen to ANYONE, on he went, with as much gusto and control. I must say they both floored me, slowly hatching from a mostly risk-less life and jumping, much like the other day at the waterfall, both feet into a larger, more satisfying life in which they are discovering that paying with a little bit of danger gives you change in pleasure.

I am so proud of them both. It was well worth a stop in a forest shack for a few snacks, mid-race… 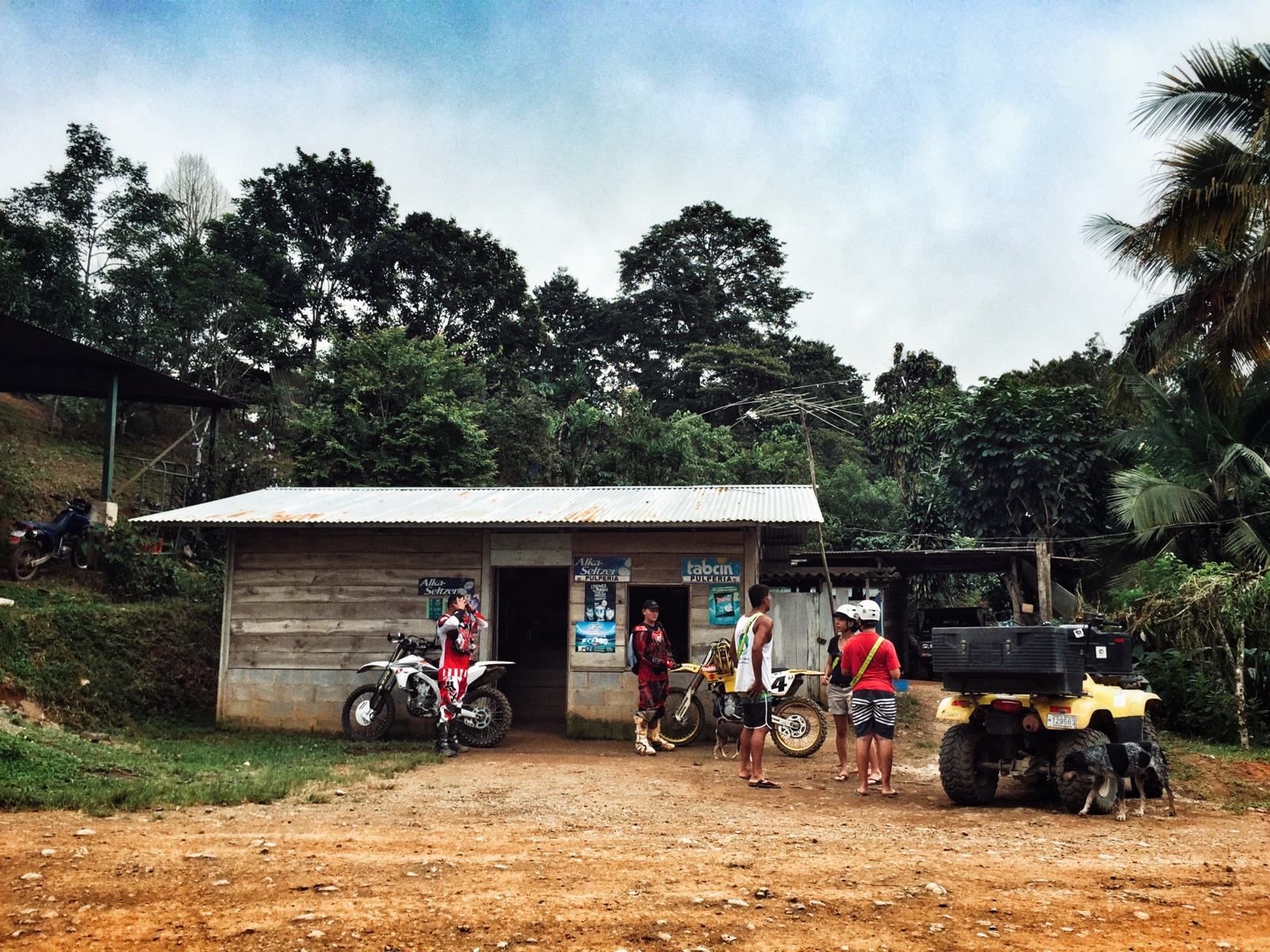 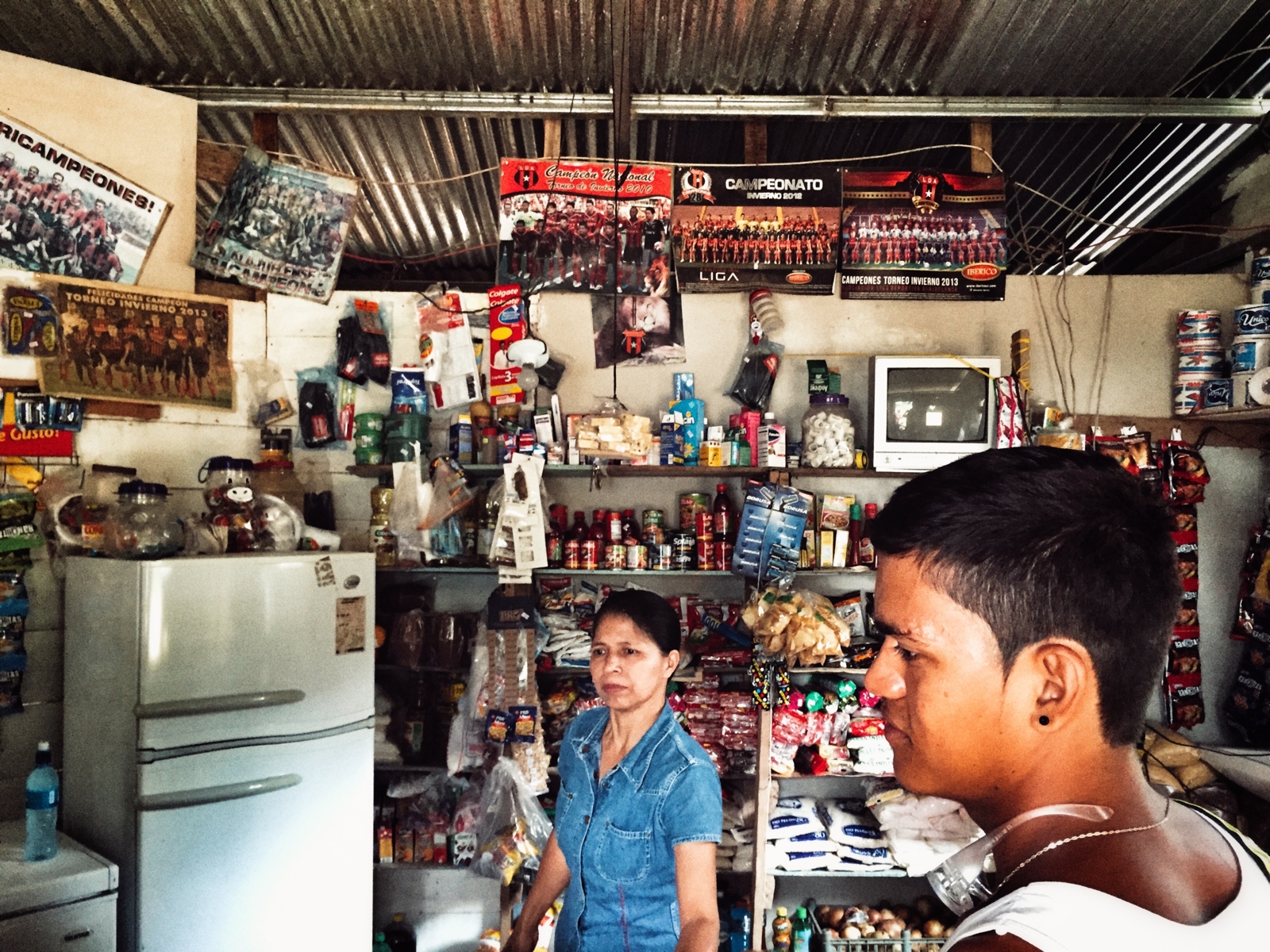 A bit later, we stopped for a few minutes to hike up and see an incredible waterfall, one we didn’t swim in, but which seemed to start way into the sky, just beautiful. 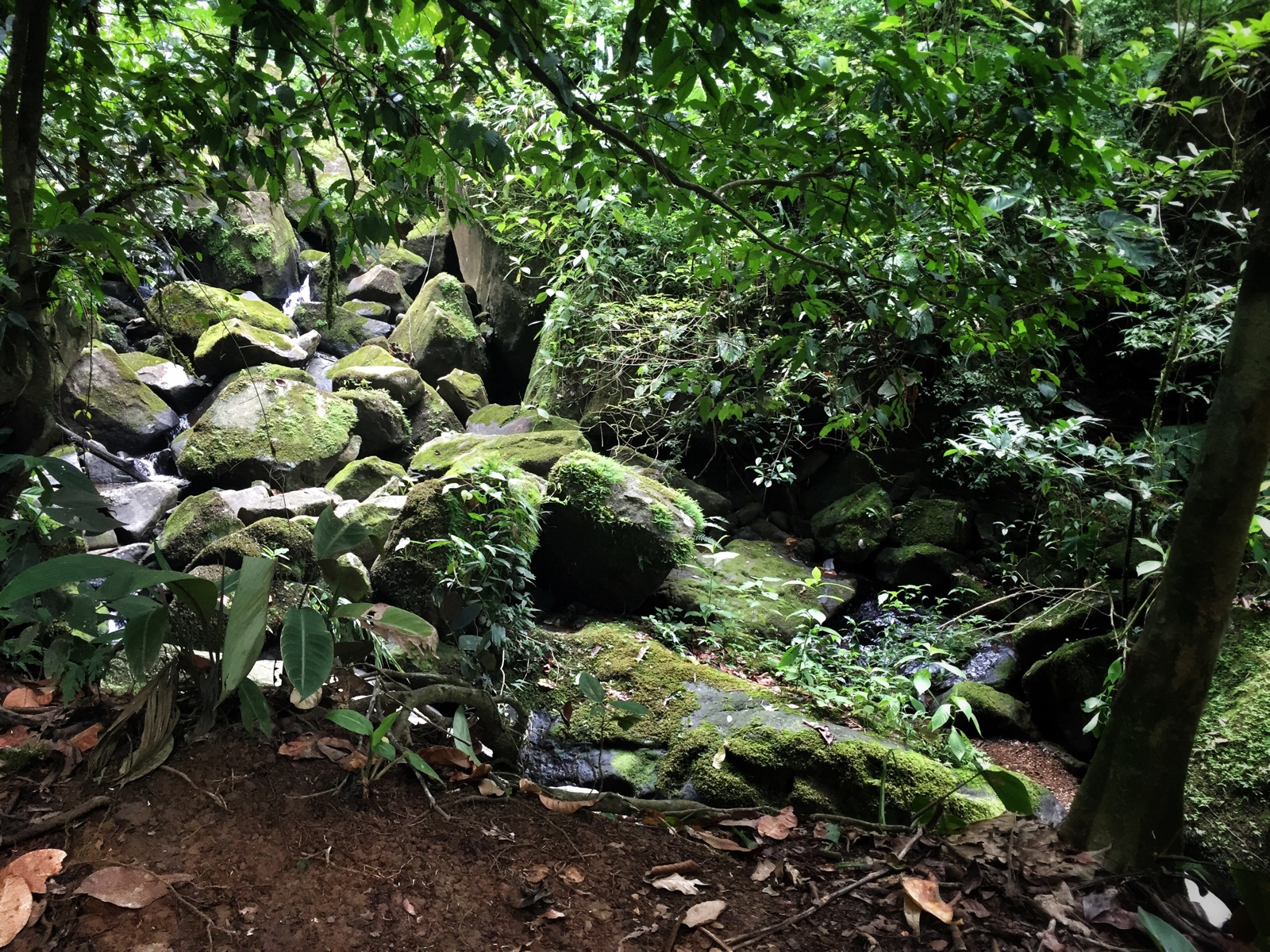 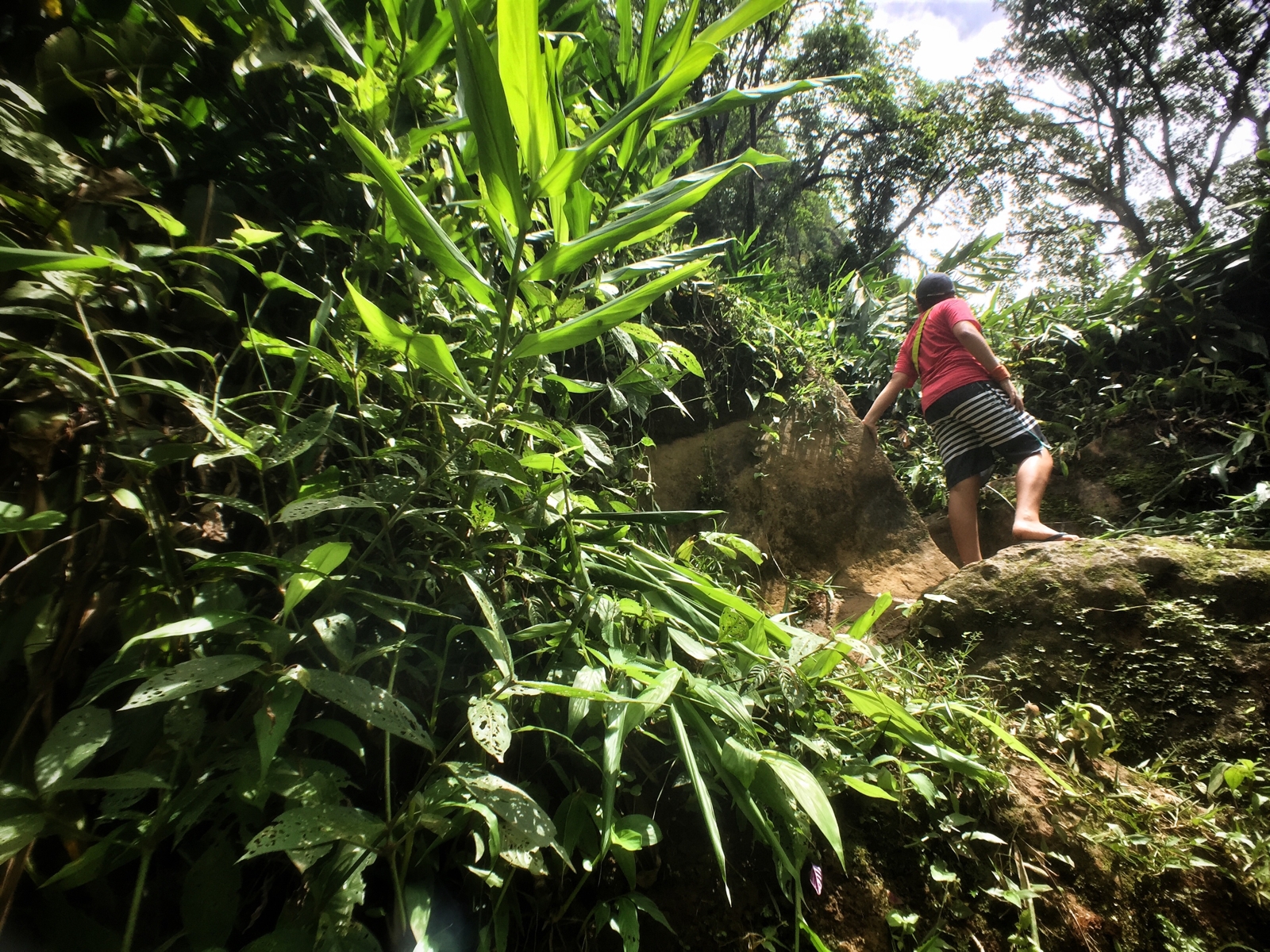 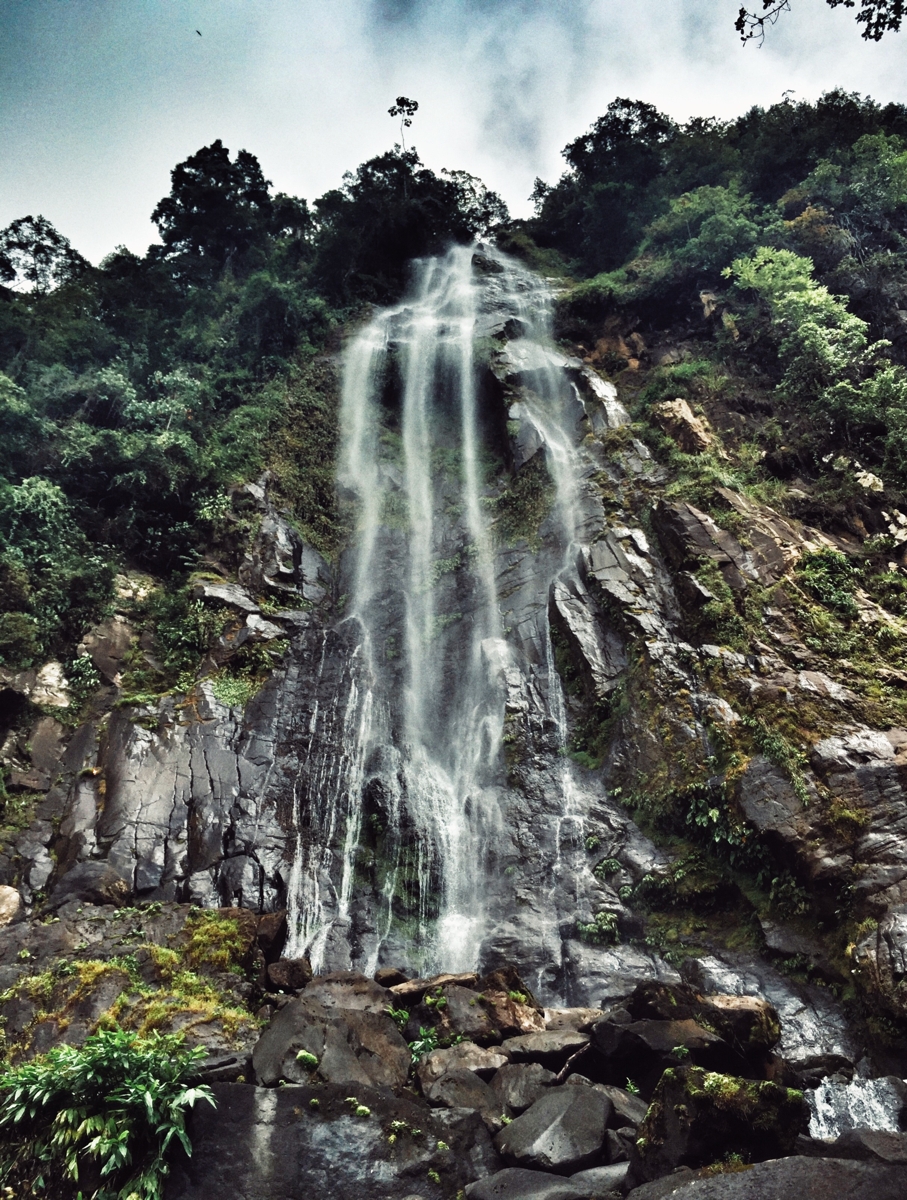 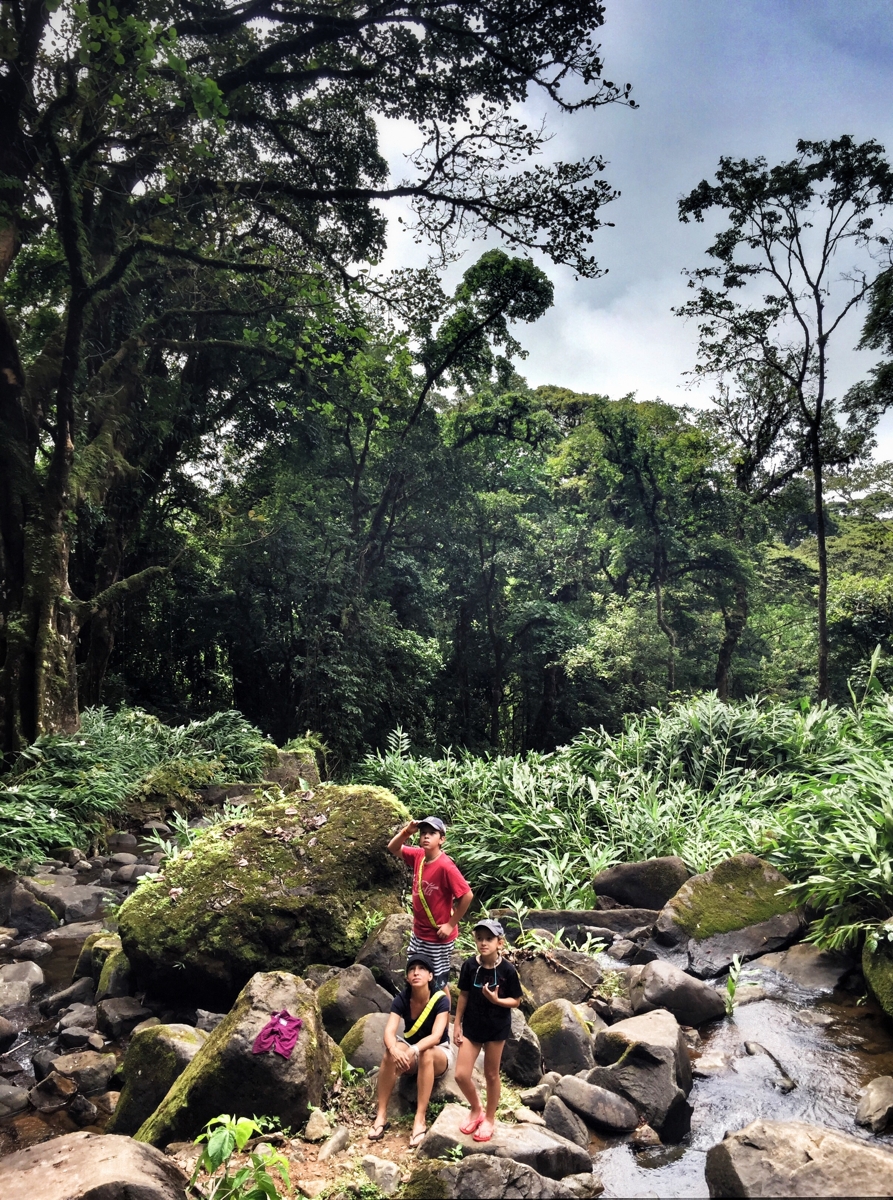 During our visit, lunch was planned for us at the wonderful country loft of a Texan on vacation, one of Carl’s friends, who had some Casado ready for us and, well, spaghetti for the kids, but that view tho!… 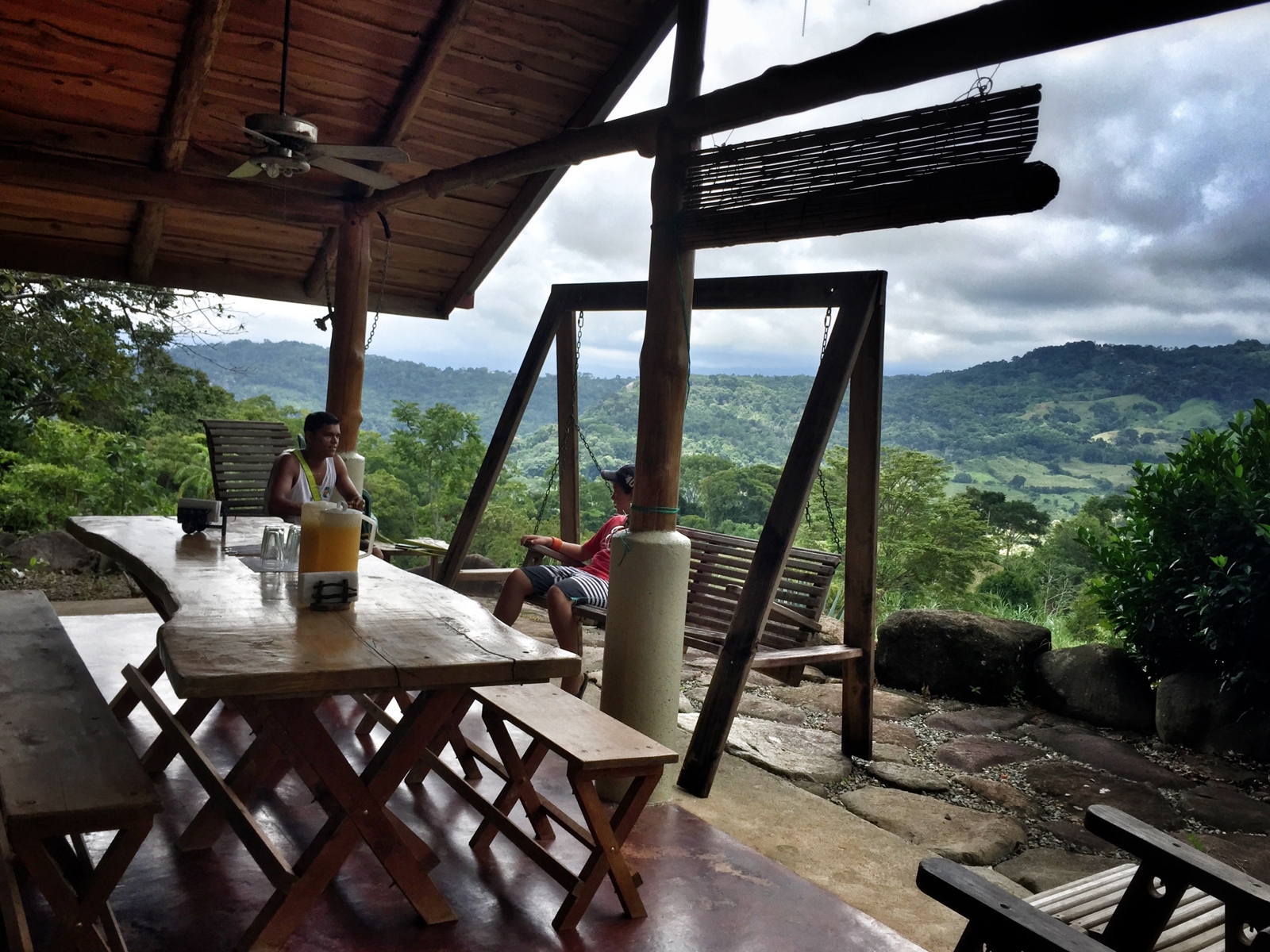 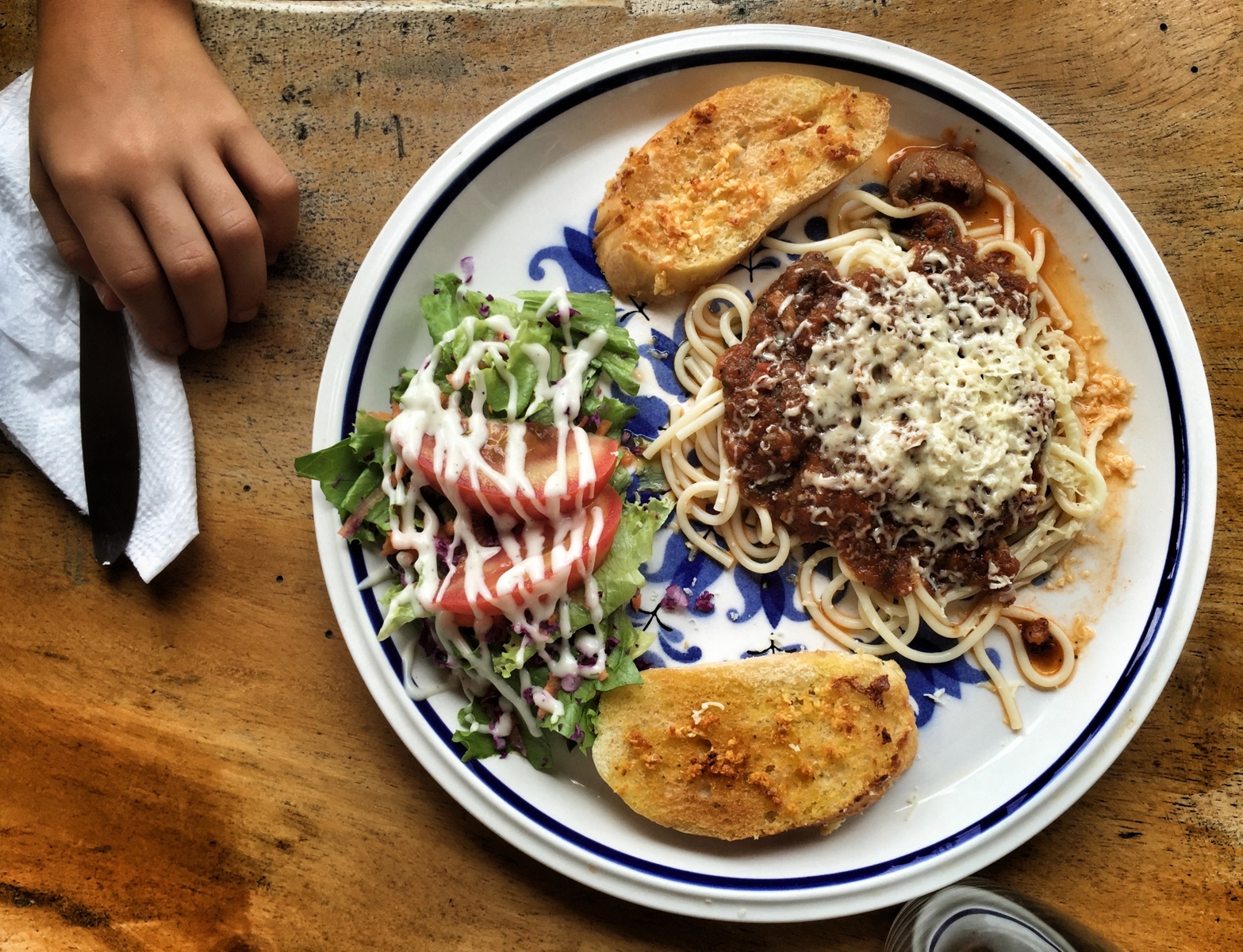 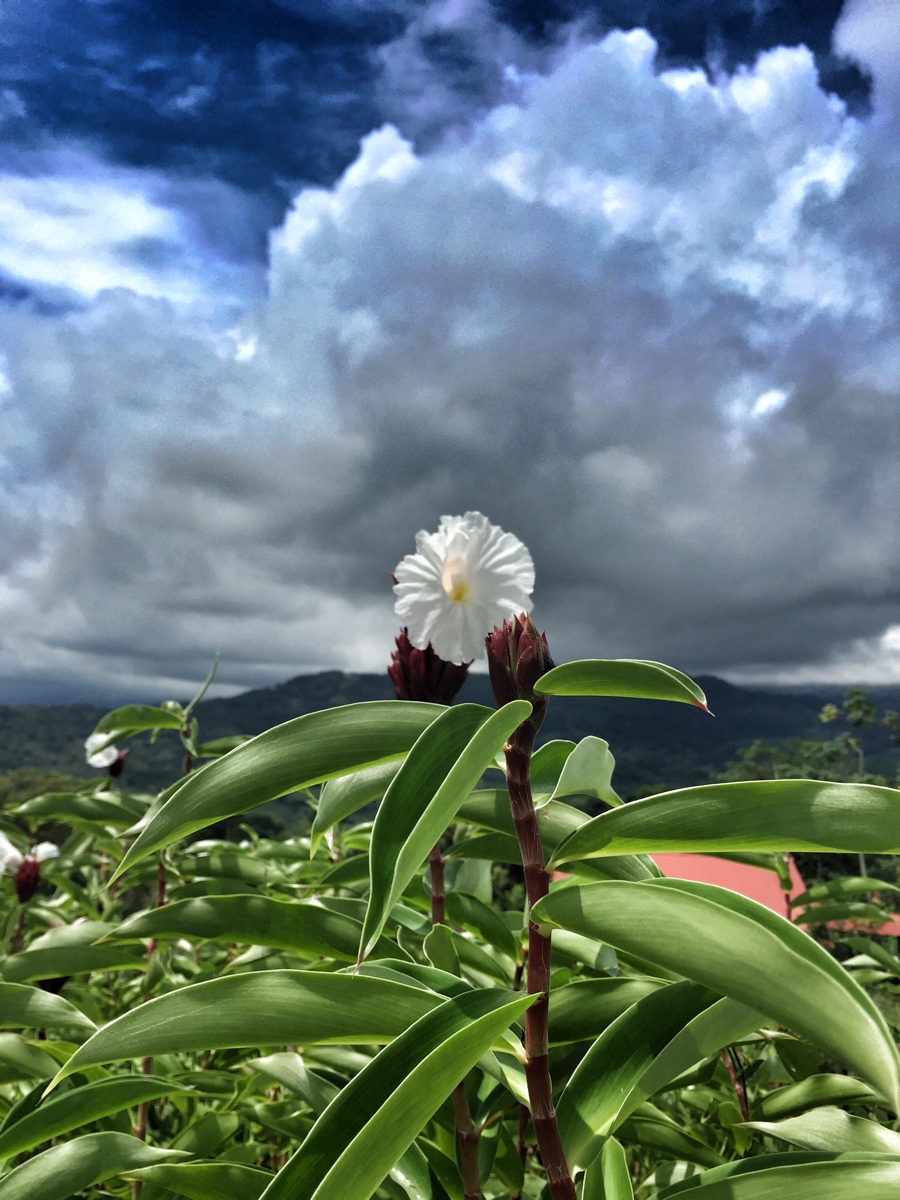 What a day we had, coming back exhausted, frayed nerves but unimaginable vistas in our eyes to remember forever. I highly recommend giving Karl a call if you’re in the area, and tell him Stefan sent you, he will not remember me and you’ll appear silly. 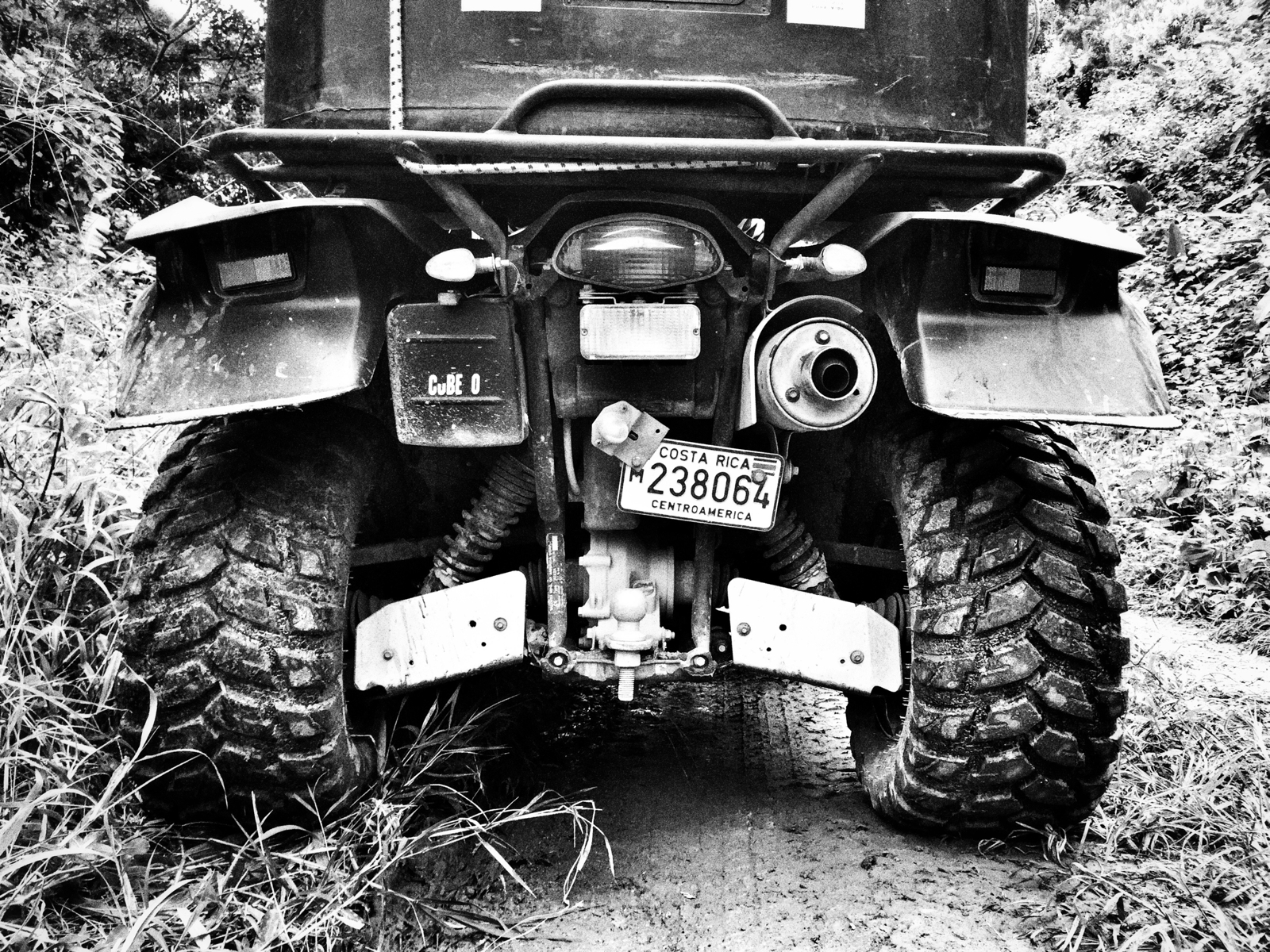