“What the hell?” we thought after having spent three weeks in the Colombian capital, having gotten to borrow sugar from our neighbors and learned that you just don’t hail taxis in the street, we wanted needed to get out of here and get a taste of the innumerable other pleasures this magnificent country has to offer. Because we still have to school our children and our budget is shrinking faster than cheap bacon, we knew we had to choose between our best two choices, Übering sideways to bear witness to the incredible rebirth of Medellin post-narcos, and probably jump over to rustic Choco afterwards, or flying up to Cartagena and then probably visit the Caribbean islands of Los Rosarios for a first whiff of turquoise waters and freshly killed lobster. As you might have guessed from the vignette above, we chose the latter for reasons of WE ARE FREEZING IN BOGOTA and I want to see my wife near the sea again.

Having spent 100% of our time in AirBnb’d accommodations so far made the prospect of finally going to a hotel a delicious one. We would be fed, cleaned, advised and smiled to on a daily basis, things that rarely happen when left to our own devices… Tipped by the Top Ten app, we settled on Casa Lola, very thankful for the pre-selection because we realized during the drive from the airport how many hundreds of such Casas pepper the street of Cartagena. Located in Getsemani, an up-and-coming neighborhood no more than five minutes’ walk from the Old Town, we were thrilled to see the door to the traditional colonial house open as the taxi pulled up.

There stood Katie (I think, could be Sue…) who would be our local angel during our short stay. This place was better than we imagined, comfortable and very tasteful, what looked like a thin sliver of a building from the front was in fact at least ten times as deep… 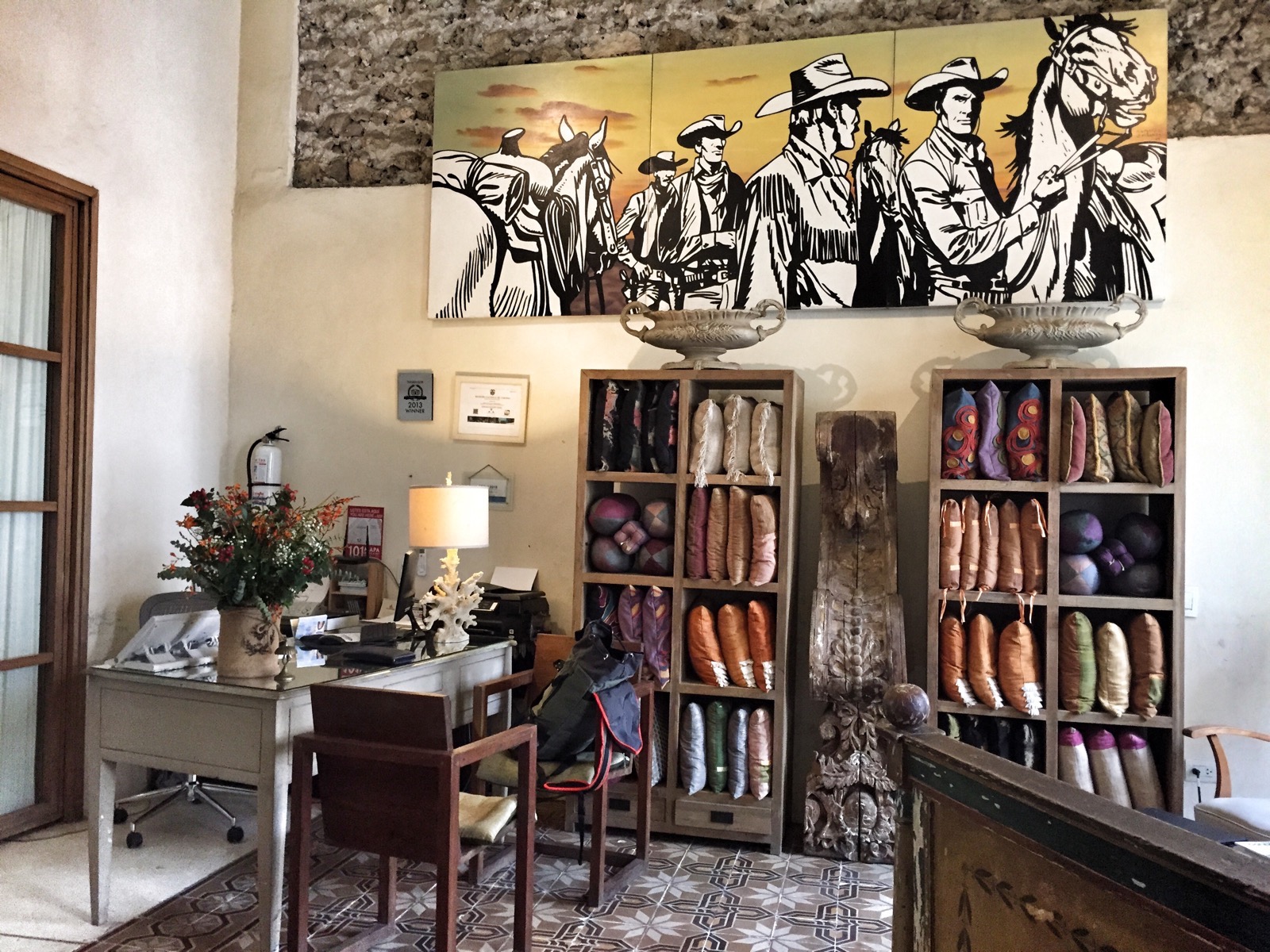 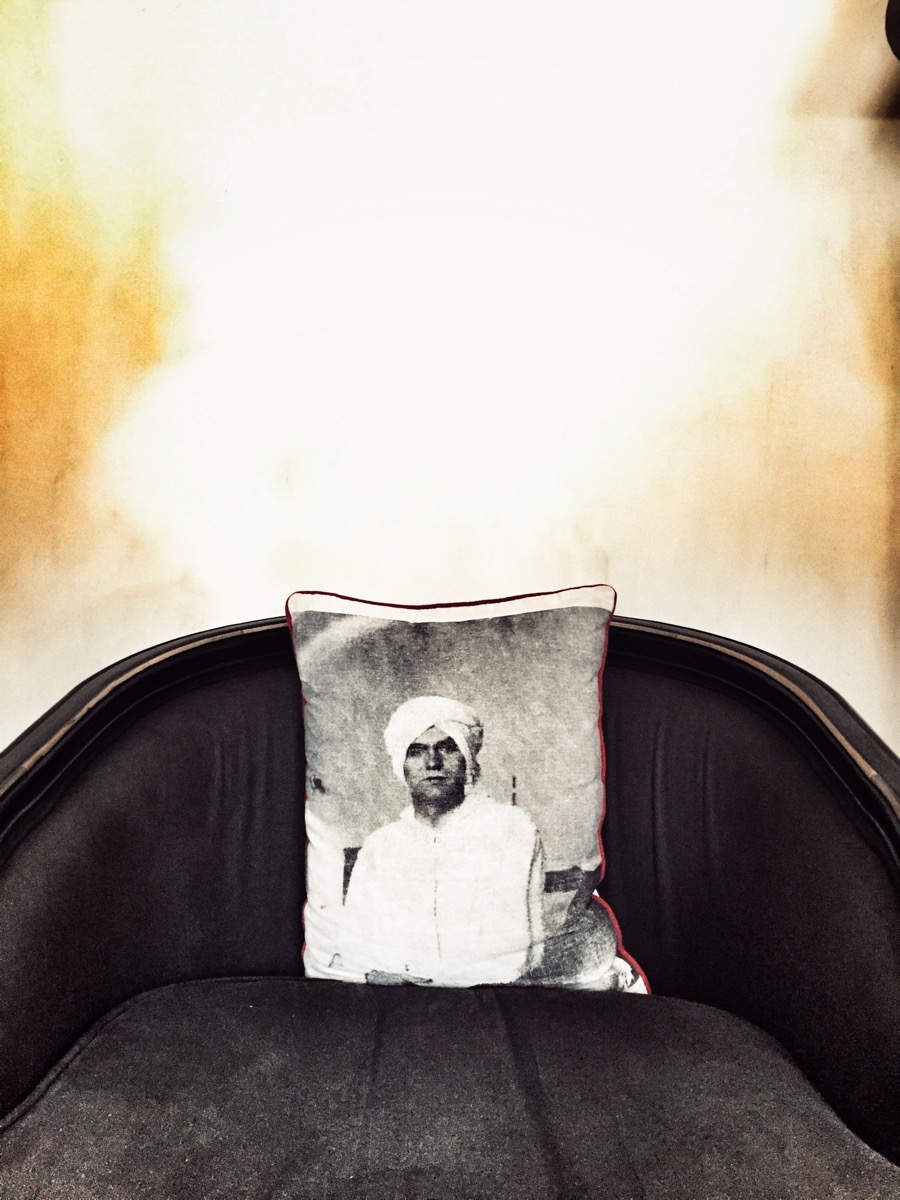 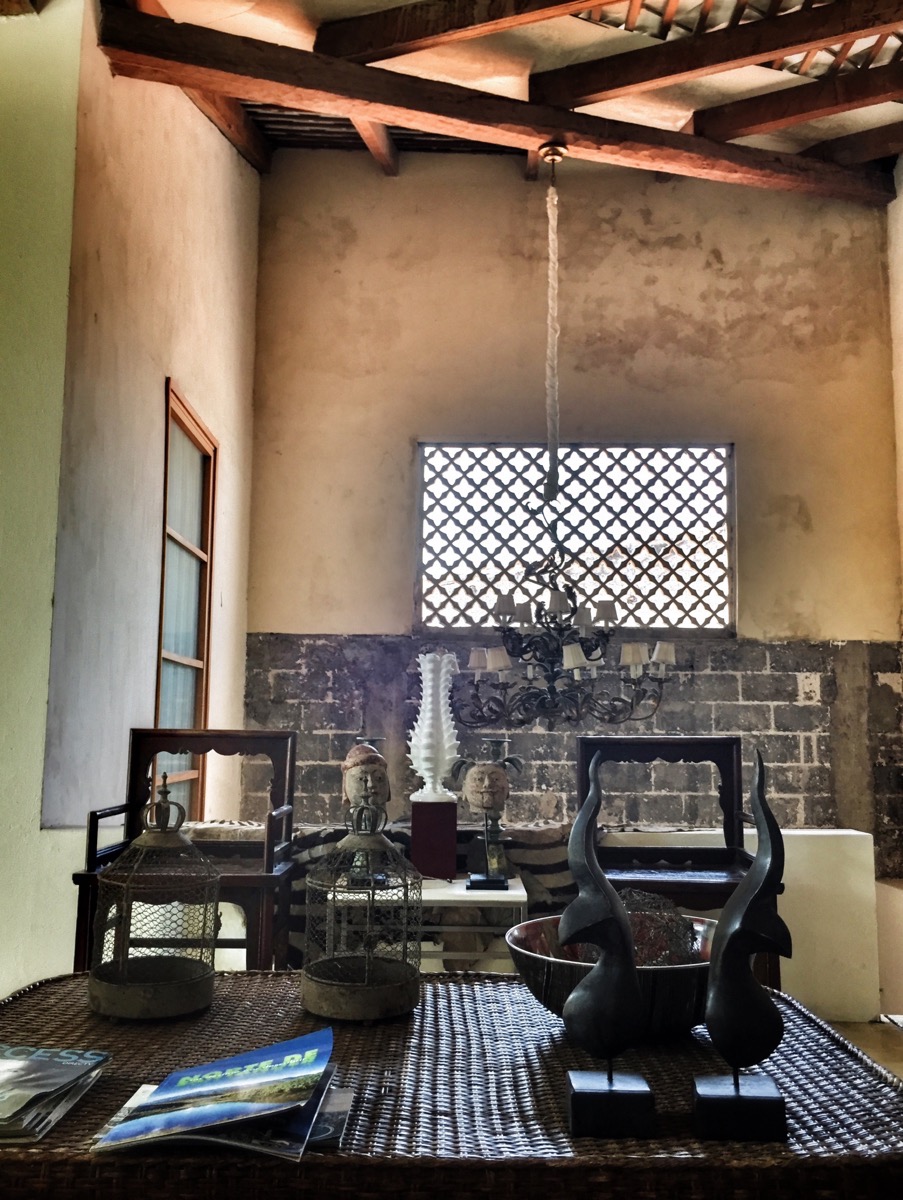 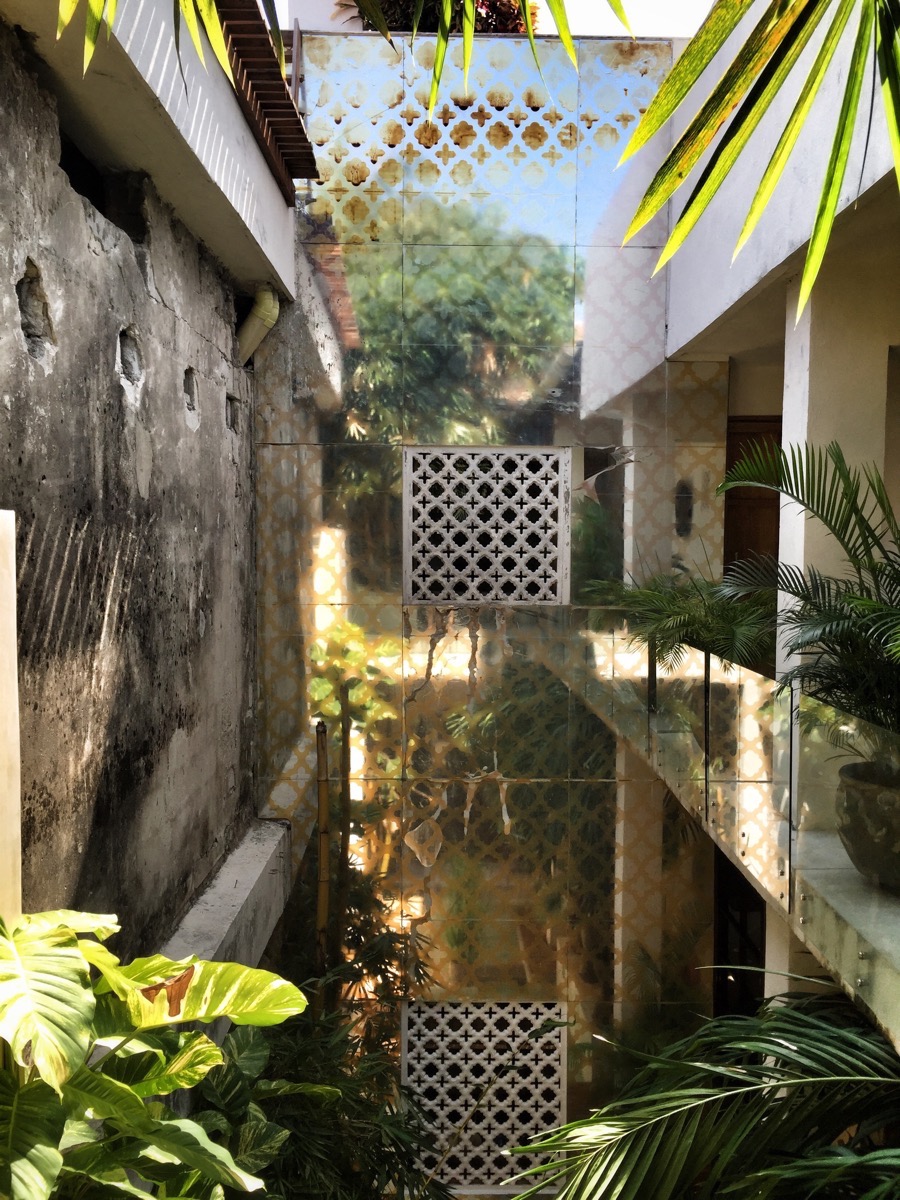 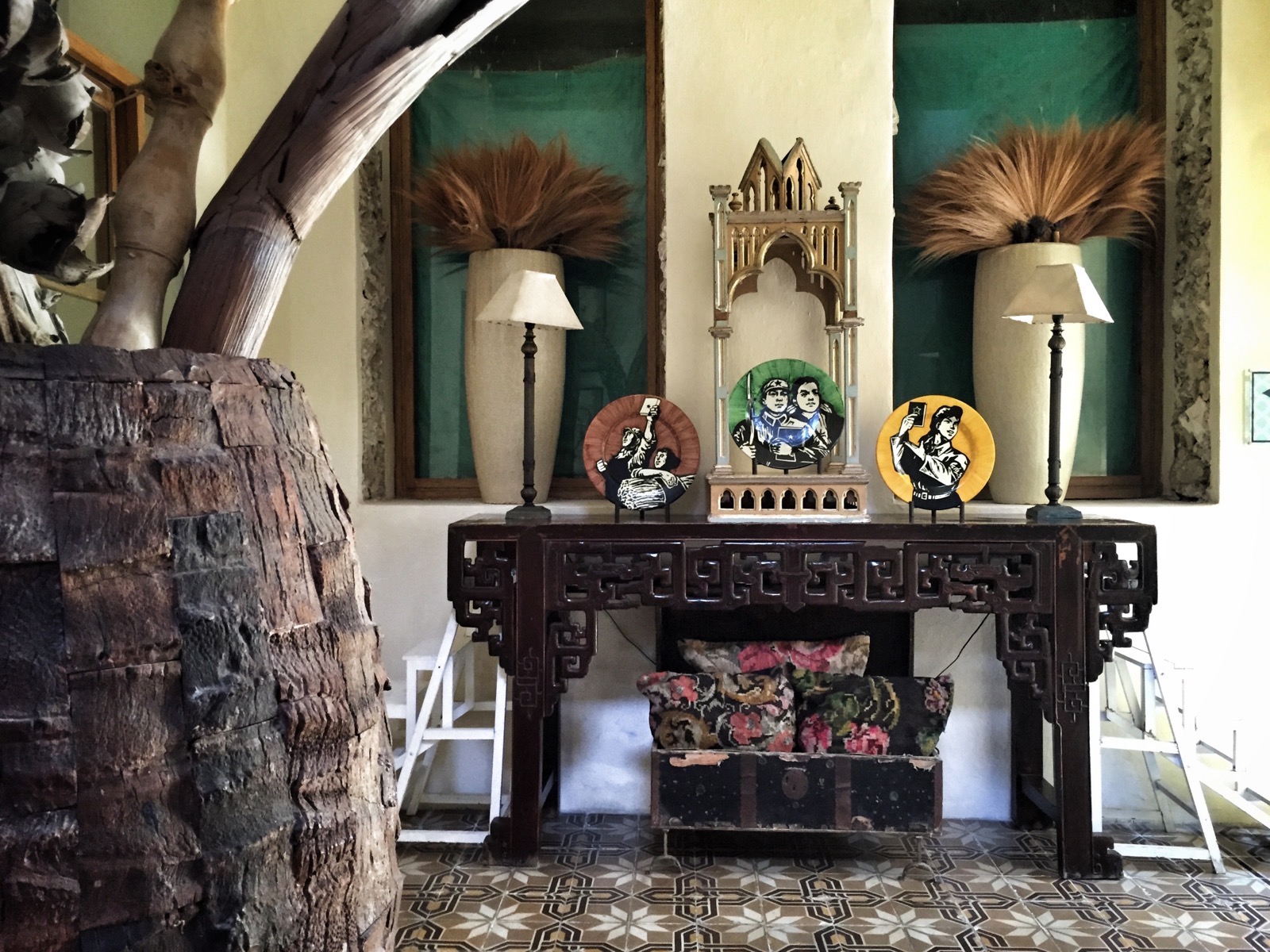 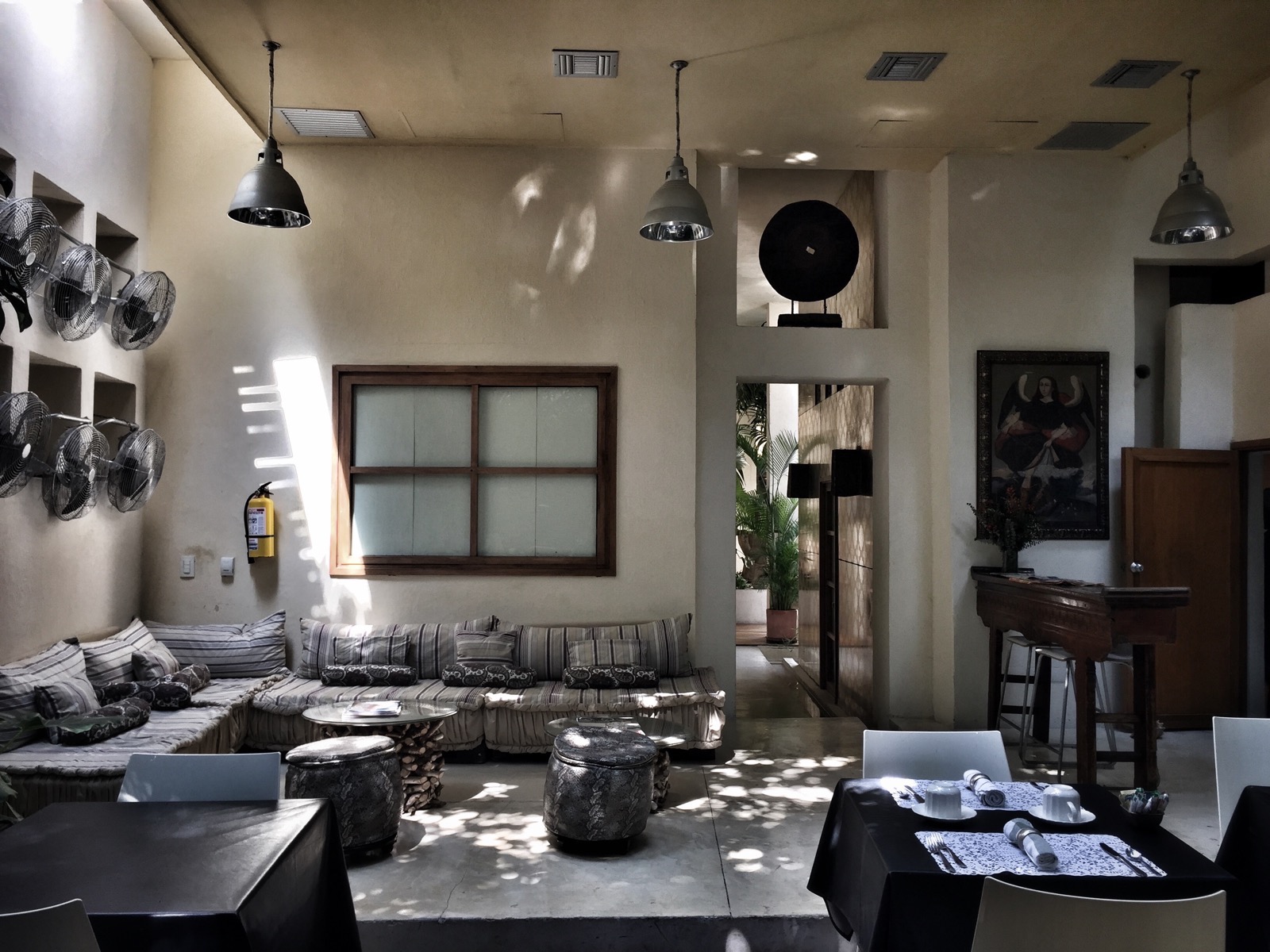 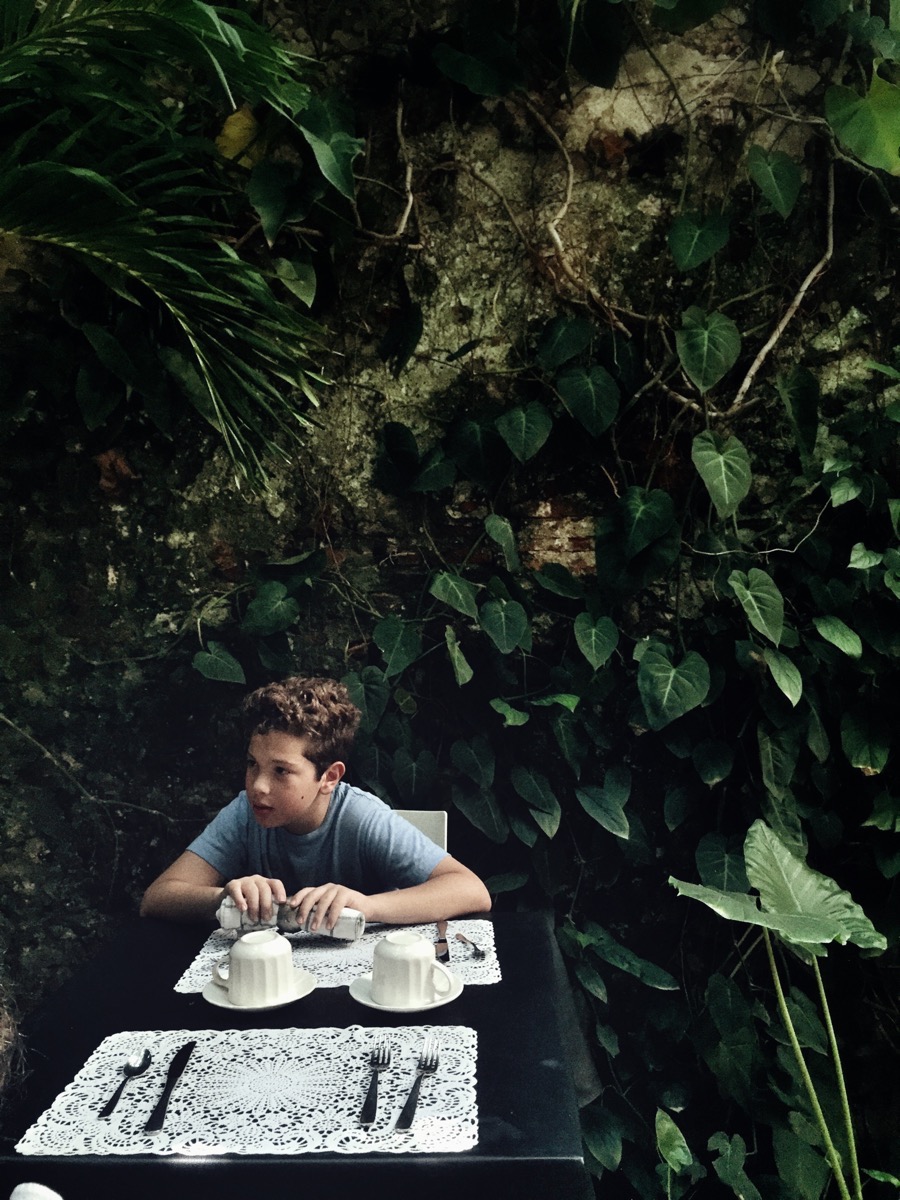 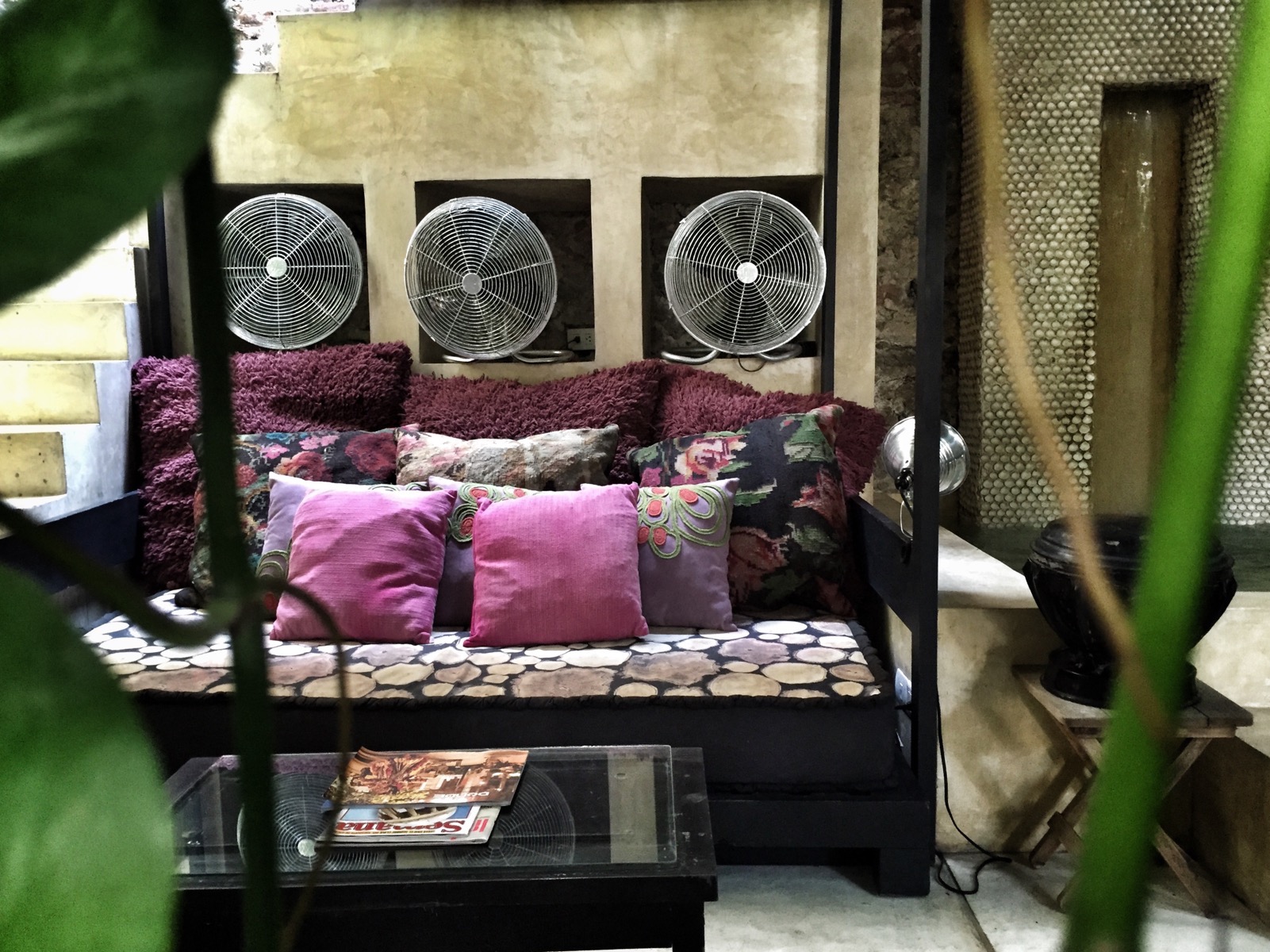 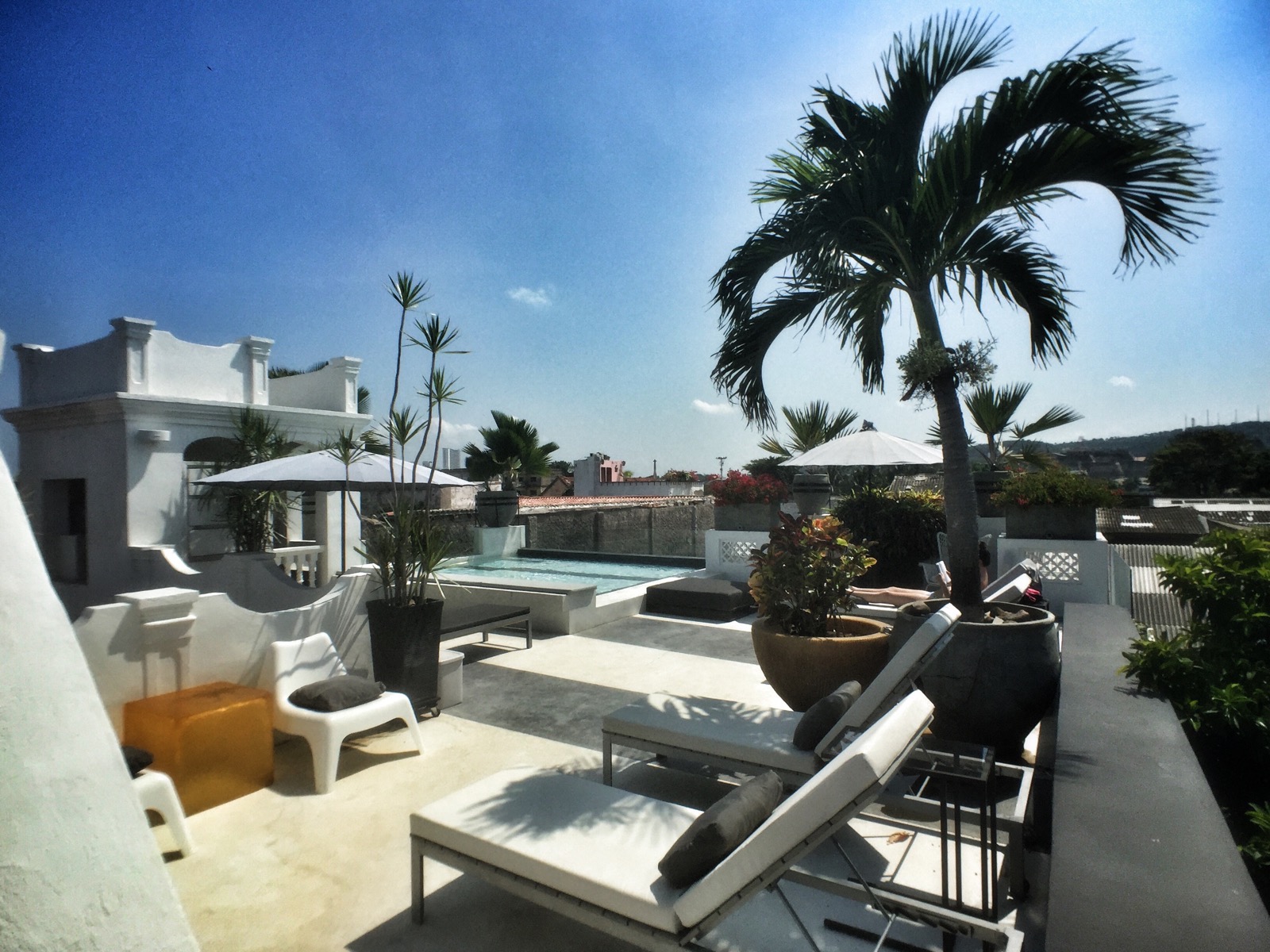 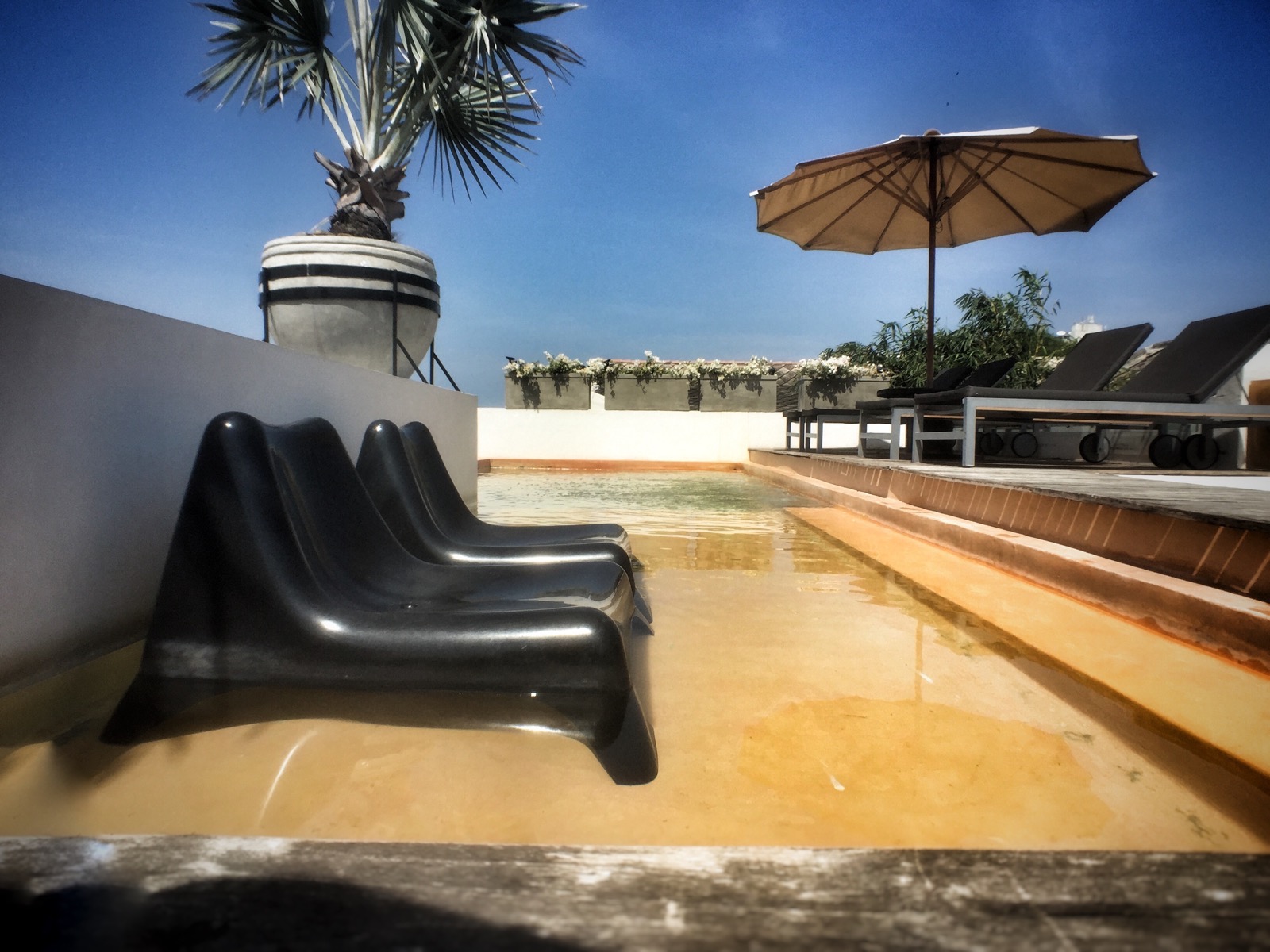 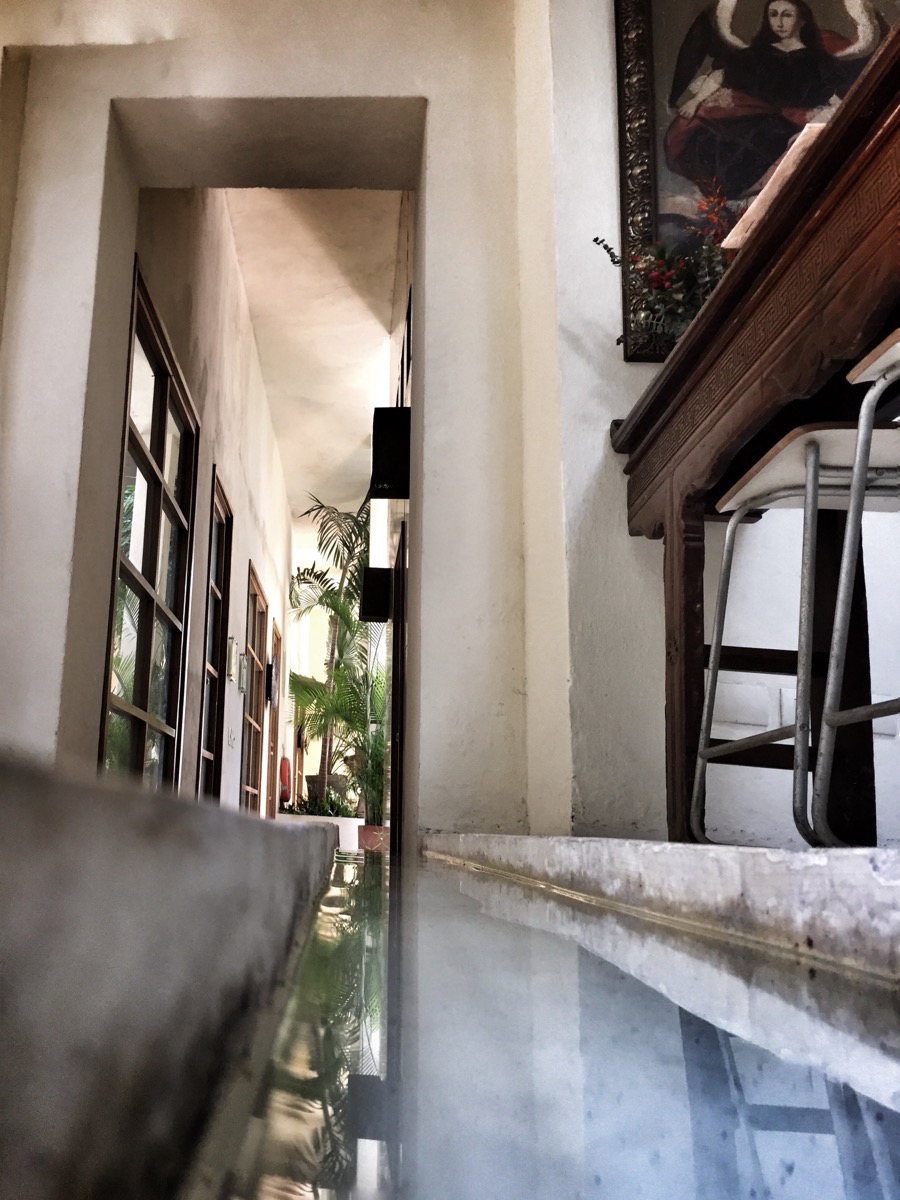 We are huge fans of Casa Lola, and of Simone, the old Katie, who was so patient with the kids, patient with us, also very patient with us, and told us how we could stir away from the tourists and right away pointed us to get lunch at the very local La Cocina de Pepina which launched us on our first adventure.

Unlike Bogota’s, the streets of Cartagena are very colorful and very safe. Walking about 30 minutes, taking the long way to withdraw some cash, we experienced the park, the seaport, the narrow alleys and the suffocating heat. This place was indeed going to feel very different. 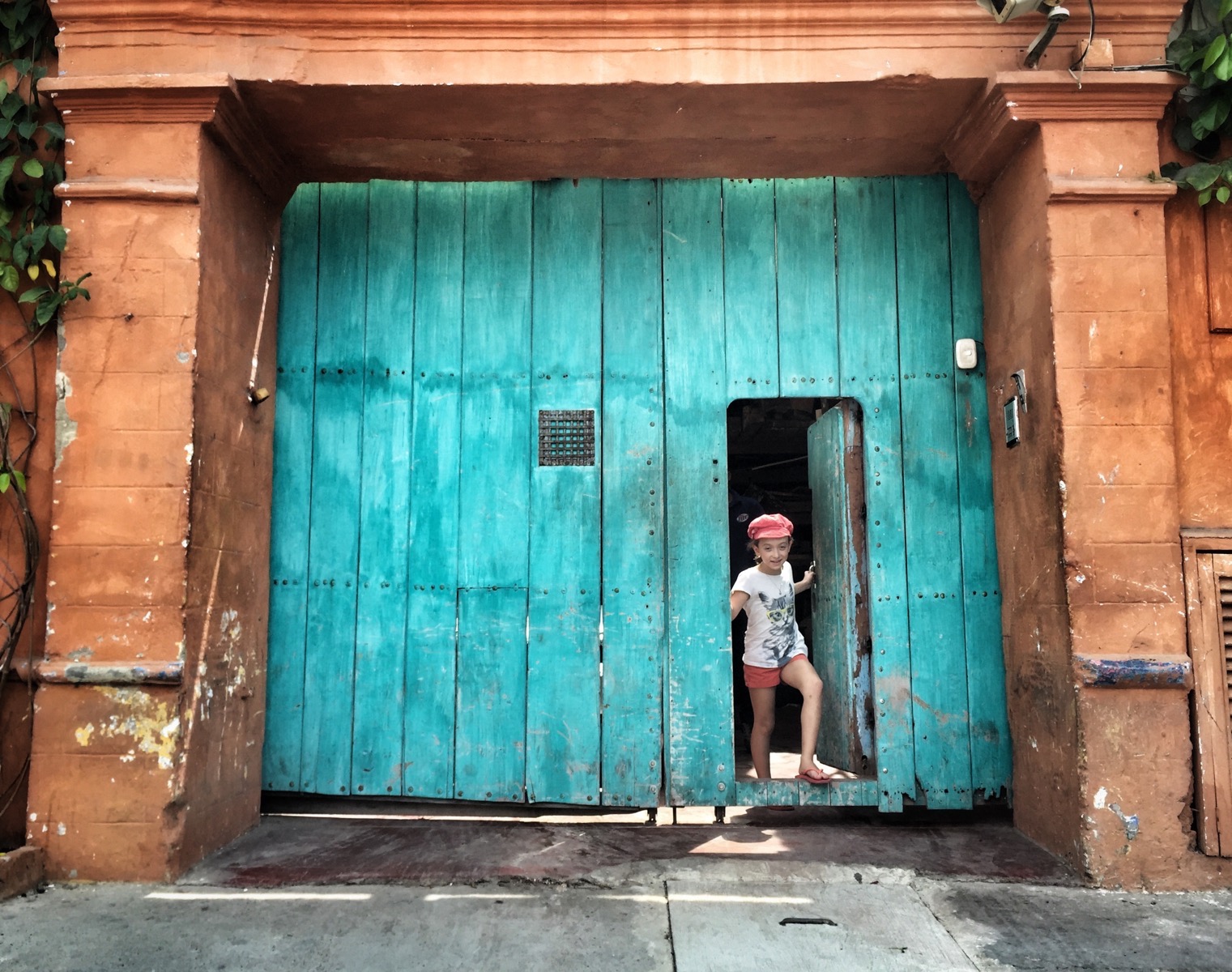 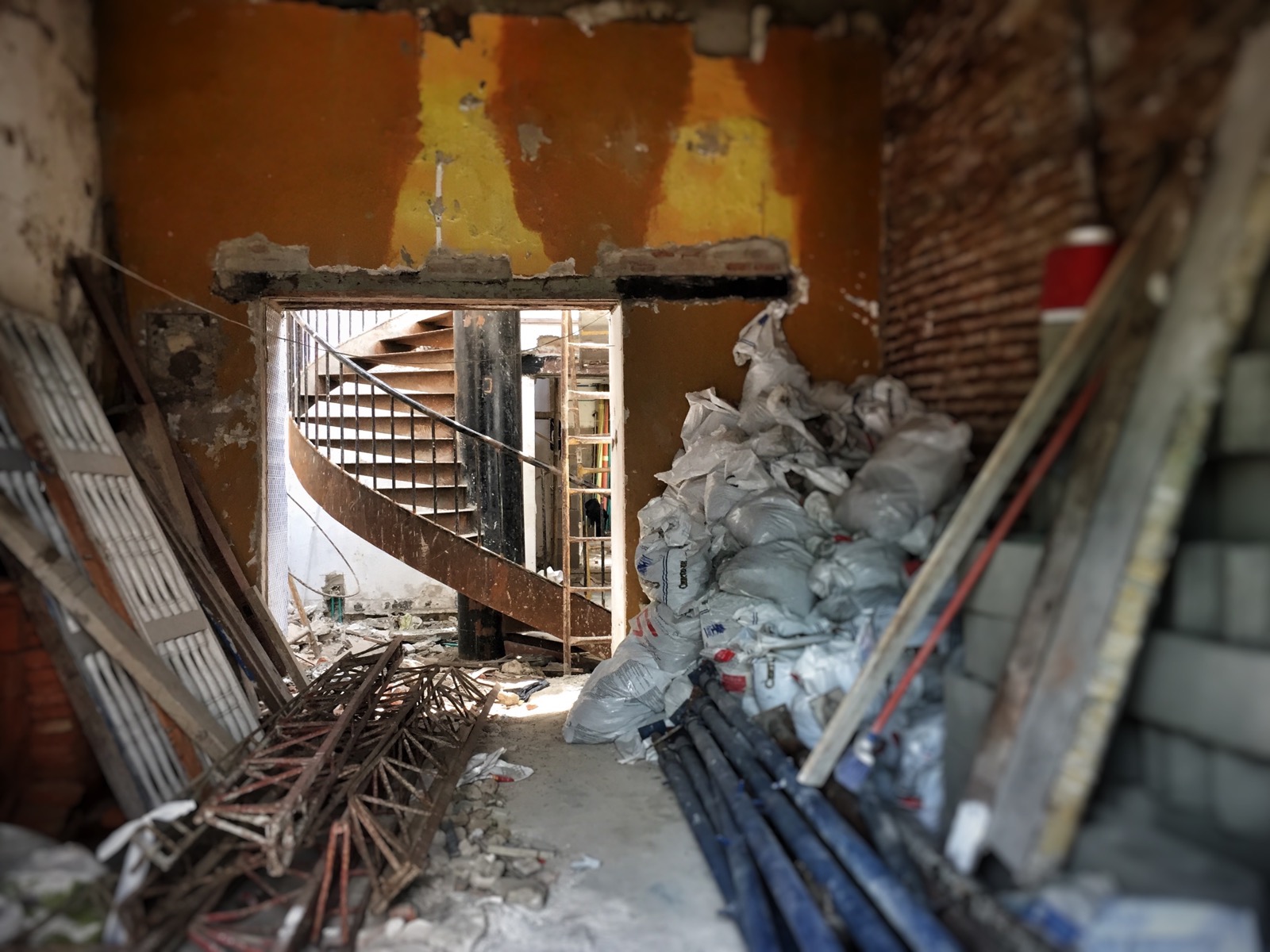 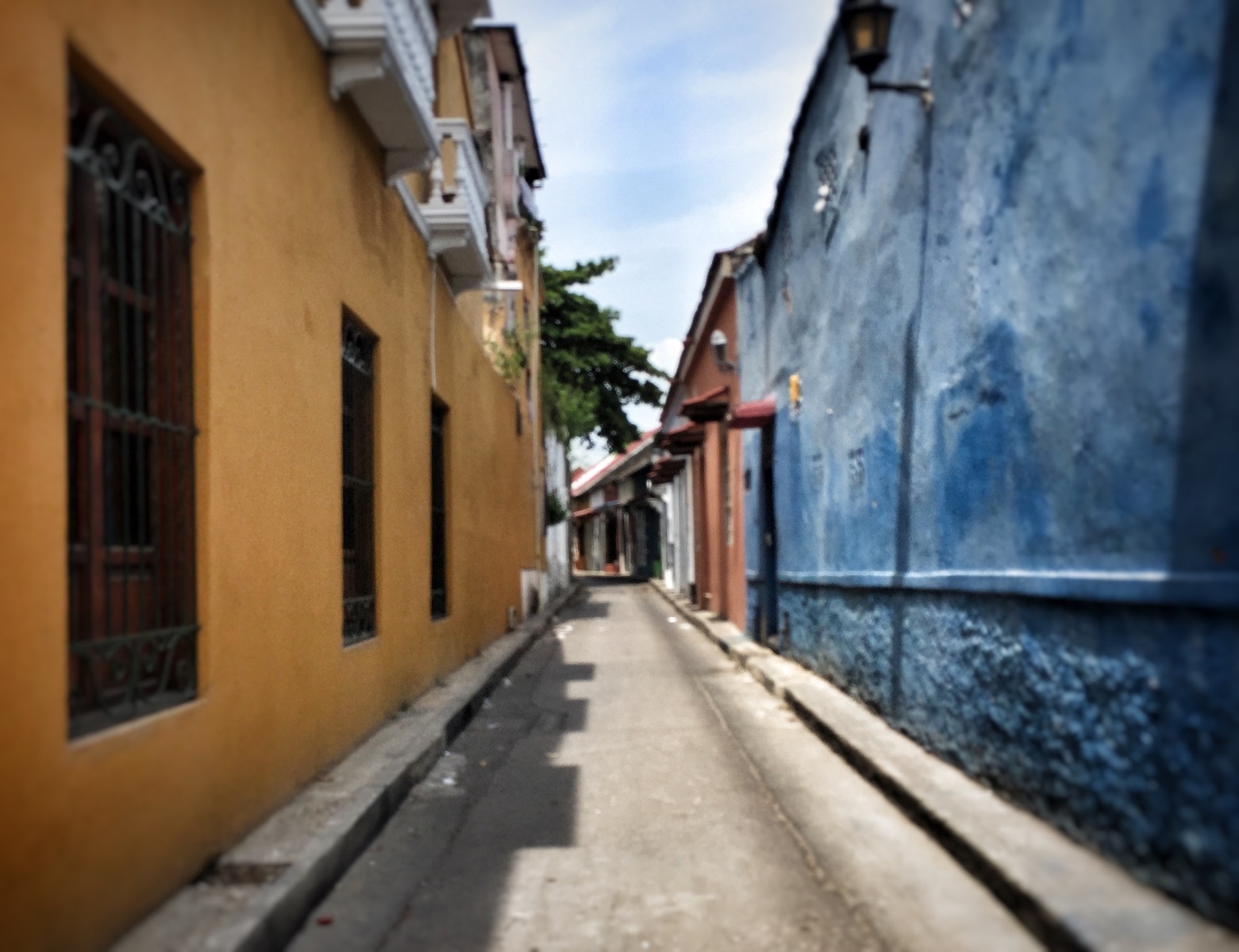 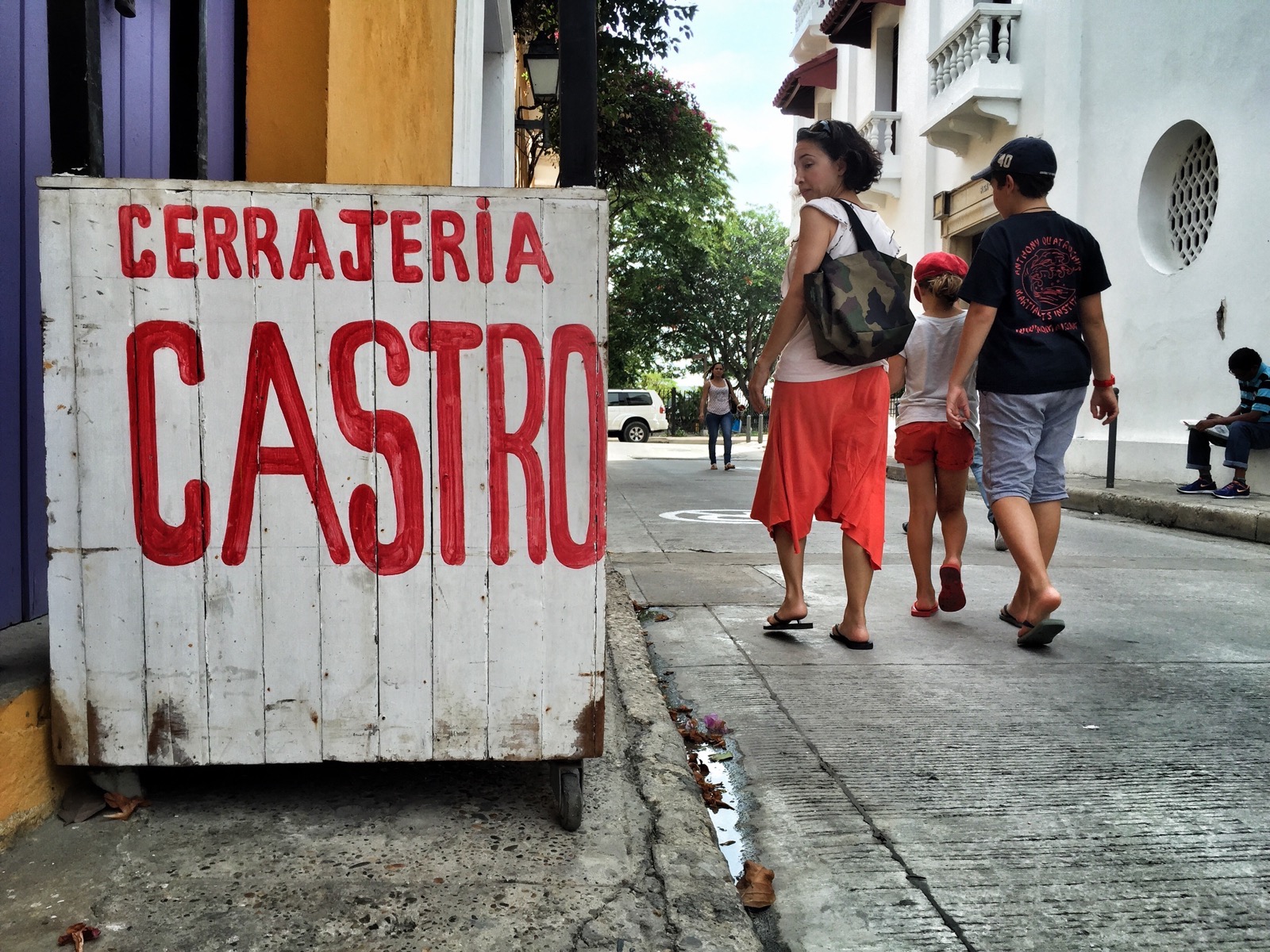 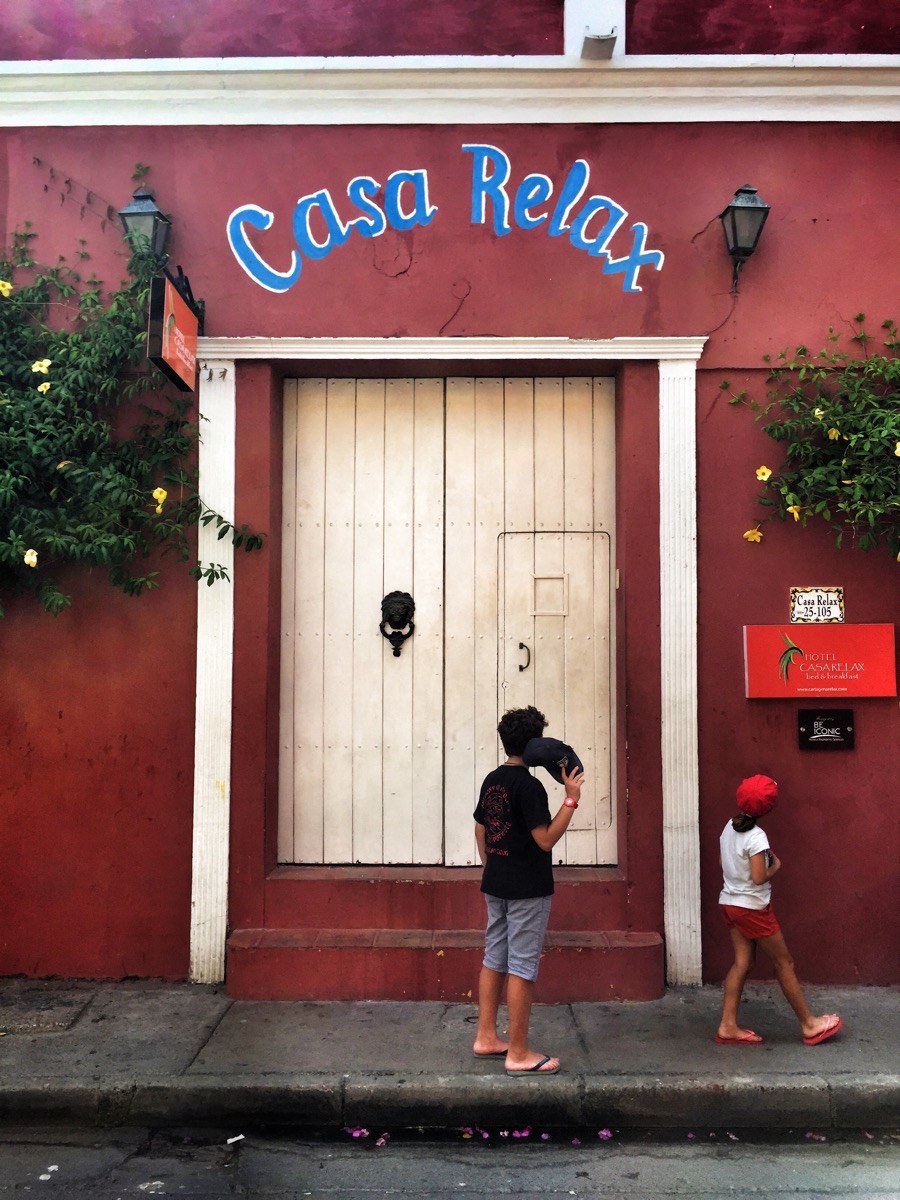 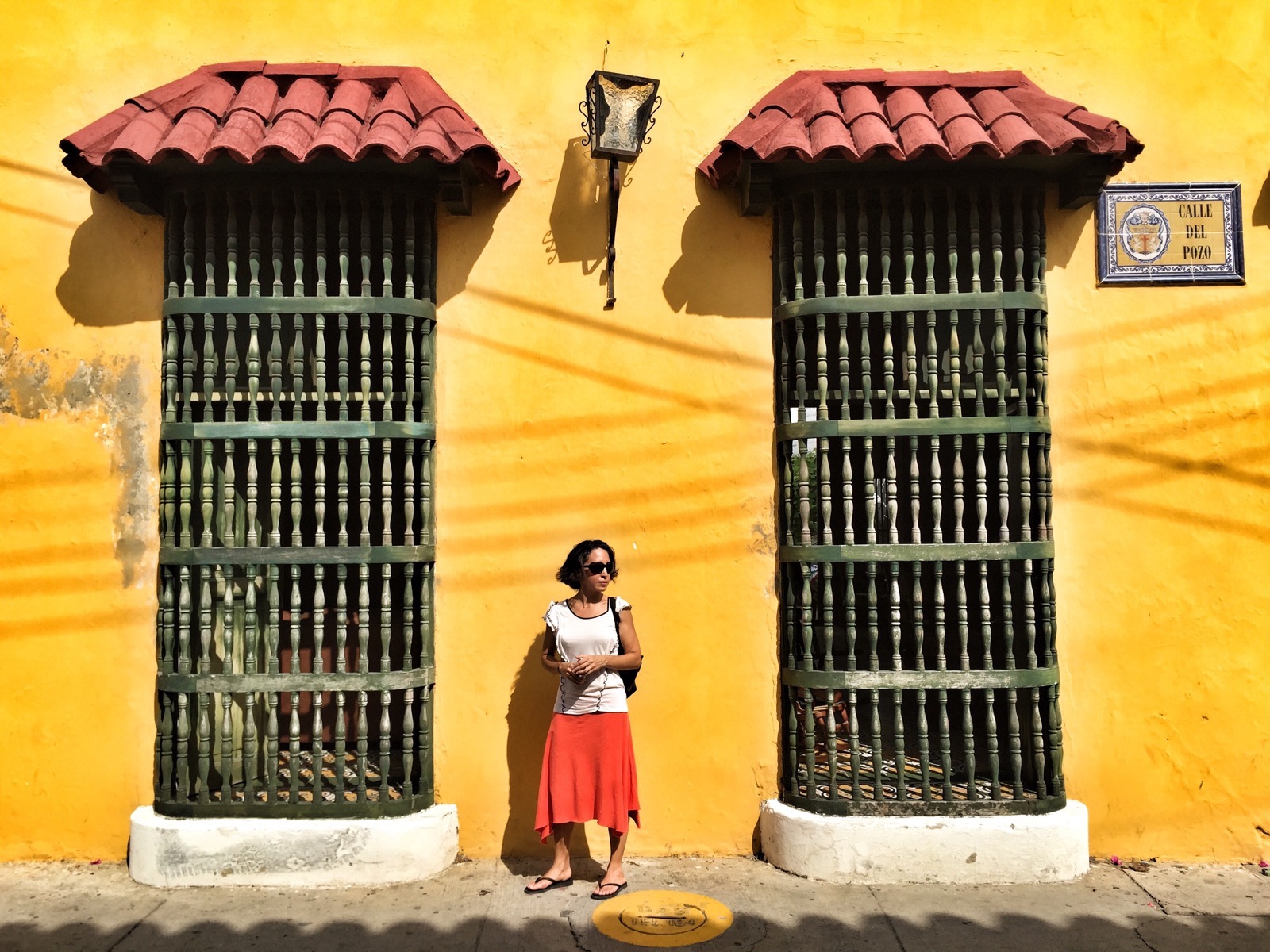 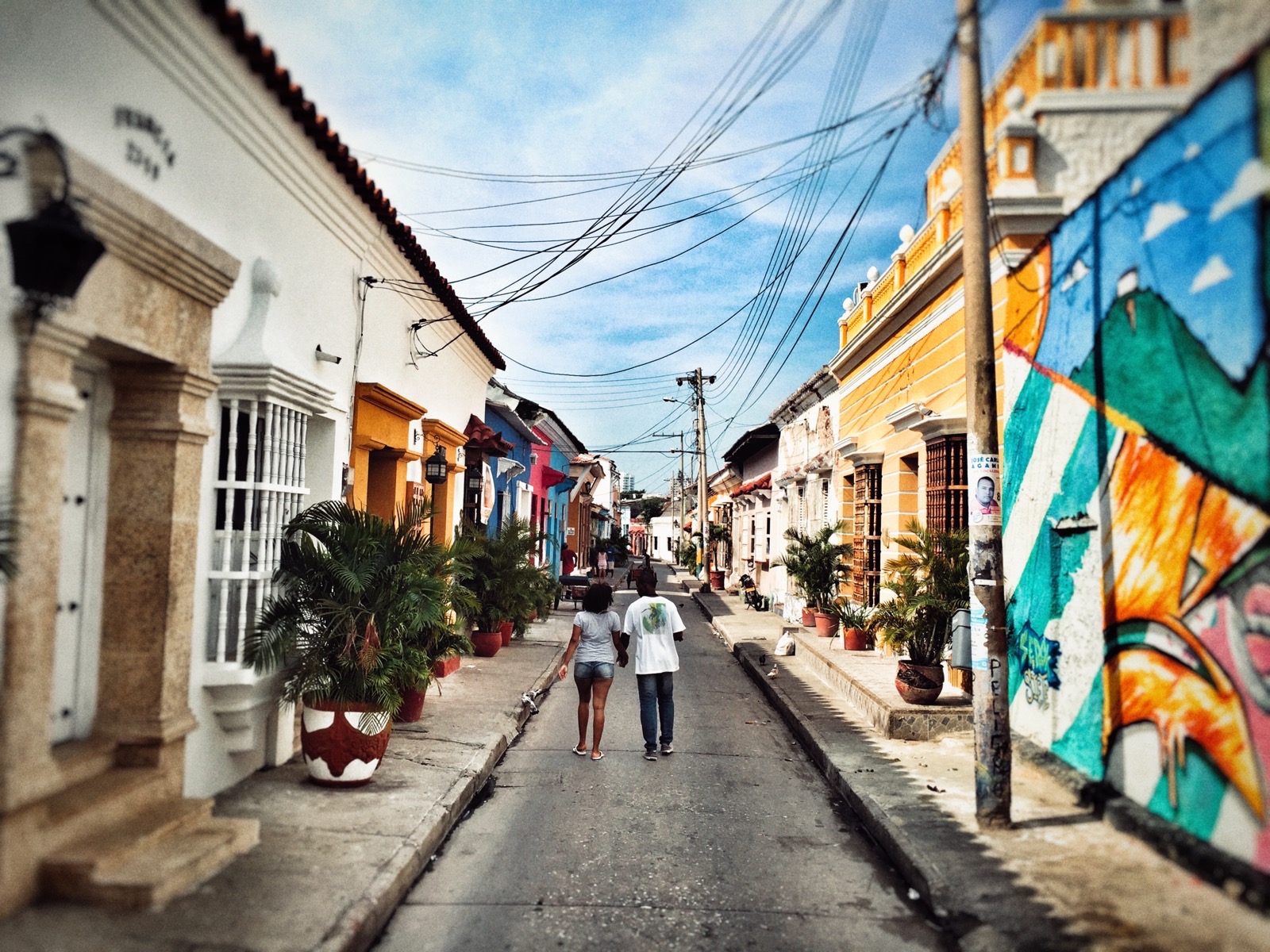 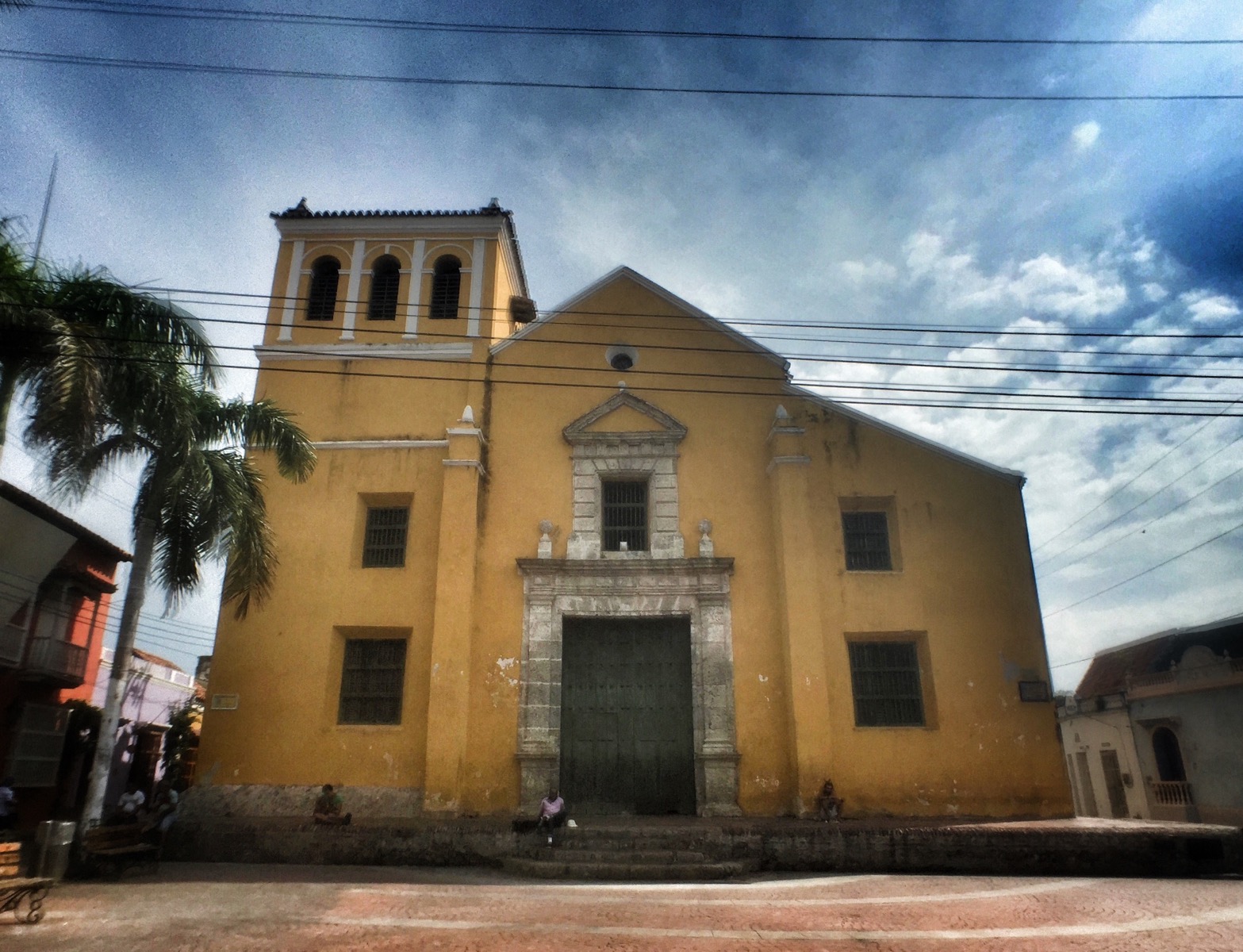 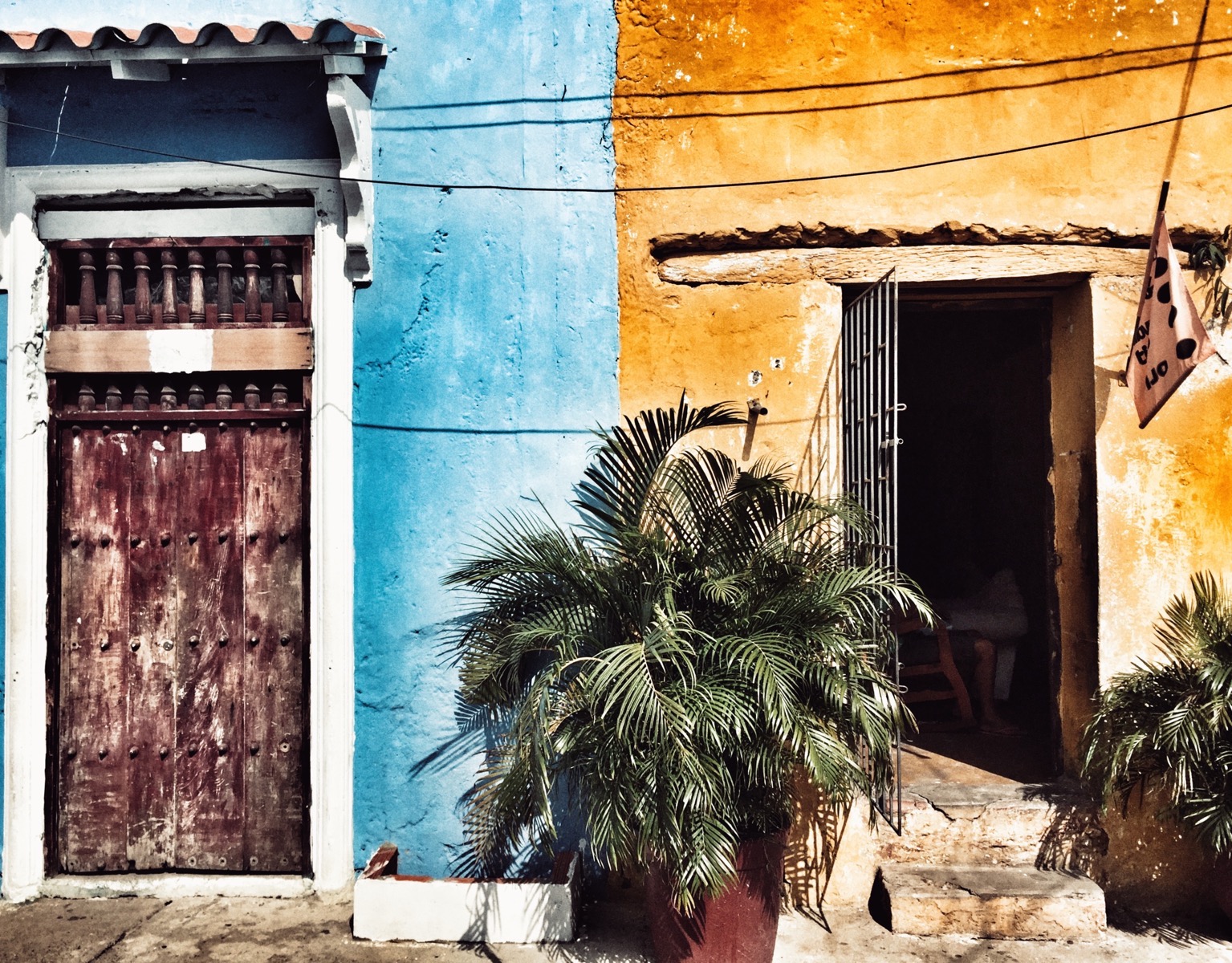 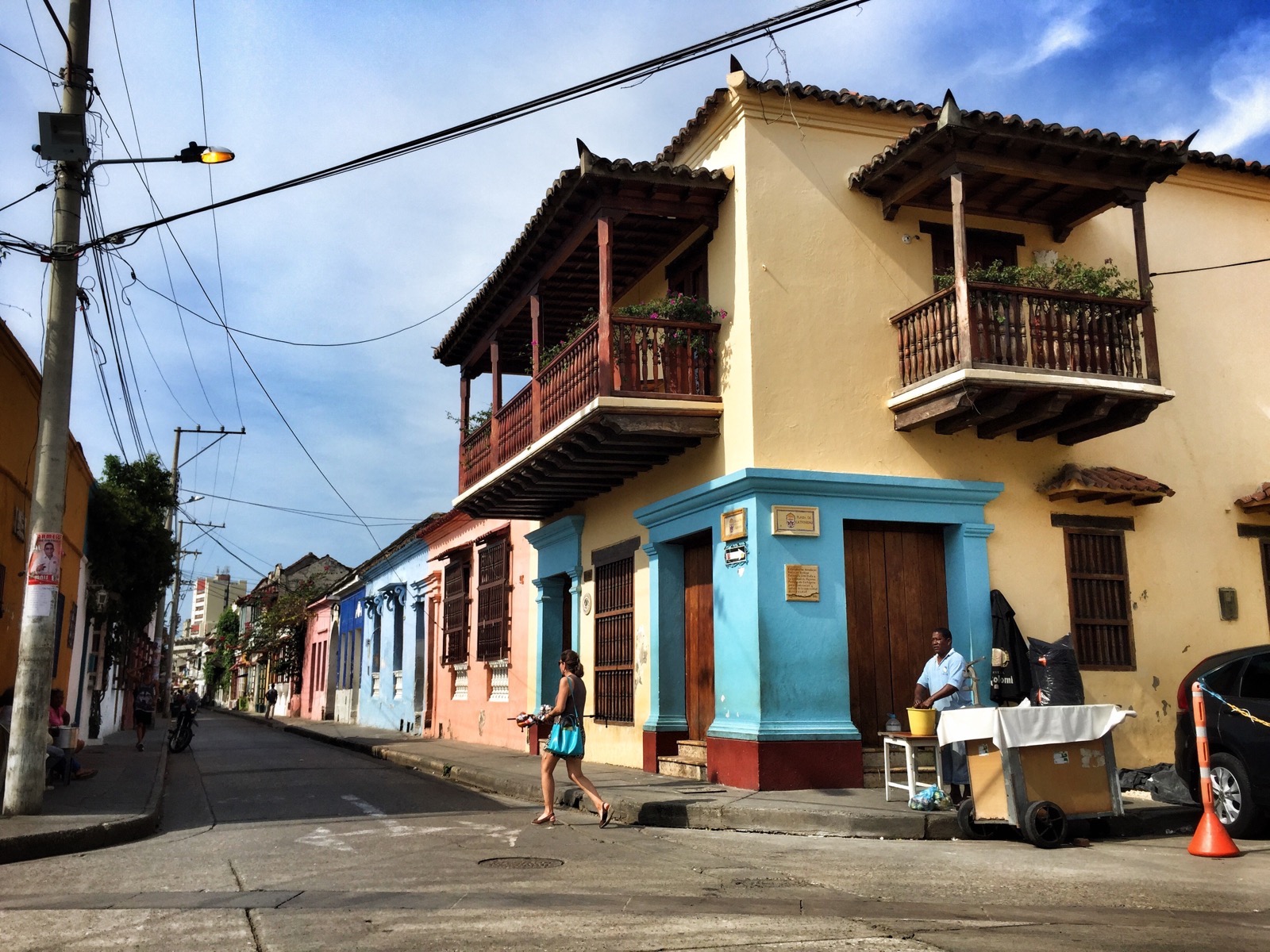 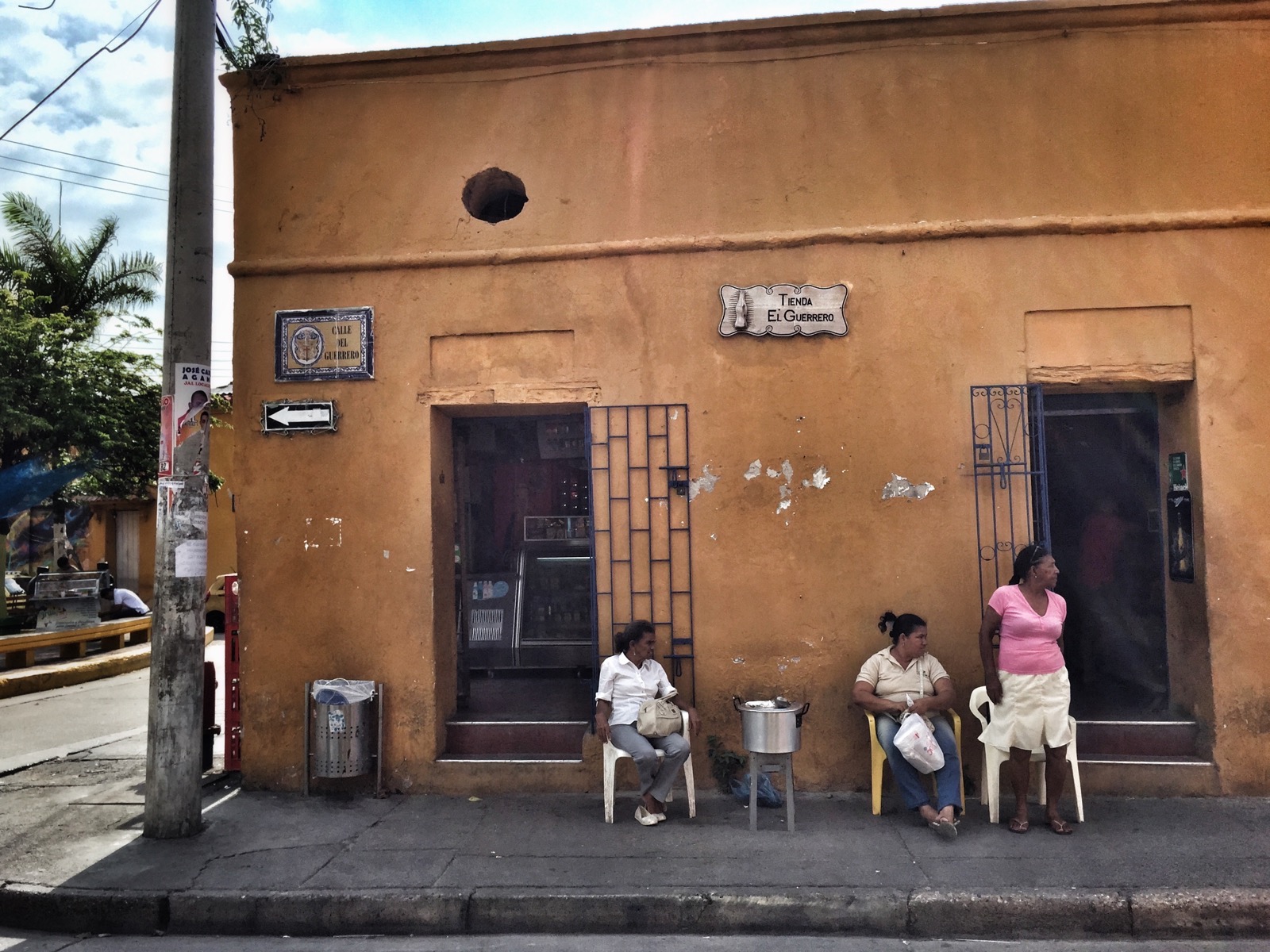 Pepina’s didn’t have much to offer a recovering vegetarian like me, except a Mote de Queso soup, an odd choice for a scorching day but since I had no idea what it was and I recognized the word for cheese, I went ahead and ordered. What came was an absolutely succulent mixtures of completely unknown substances and cheese. I recommend it warmly. 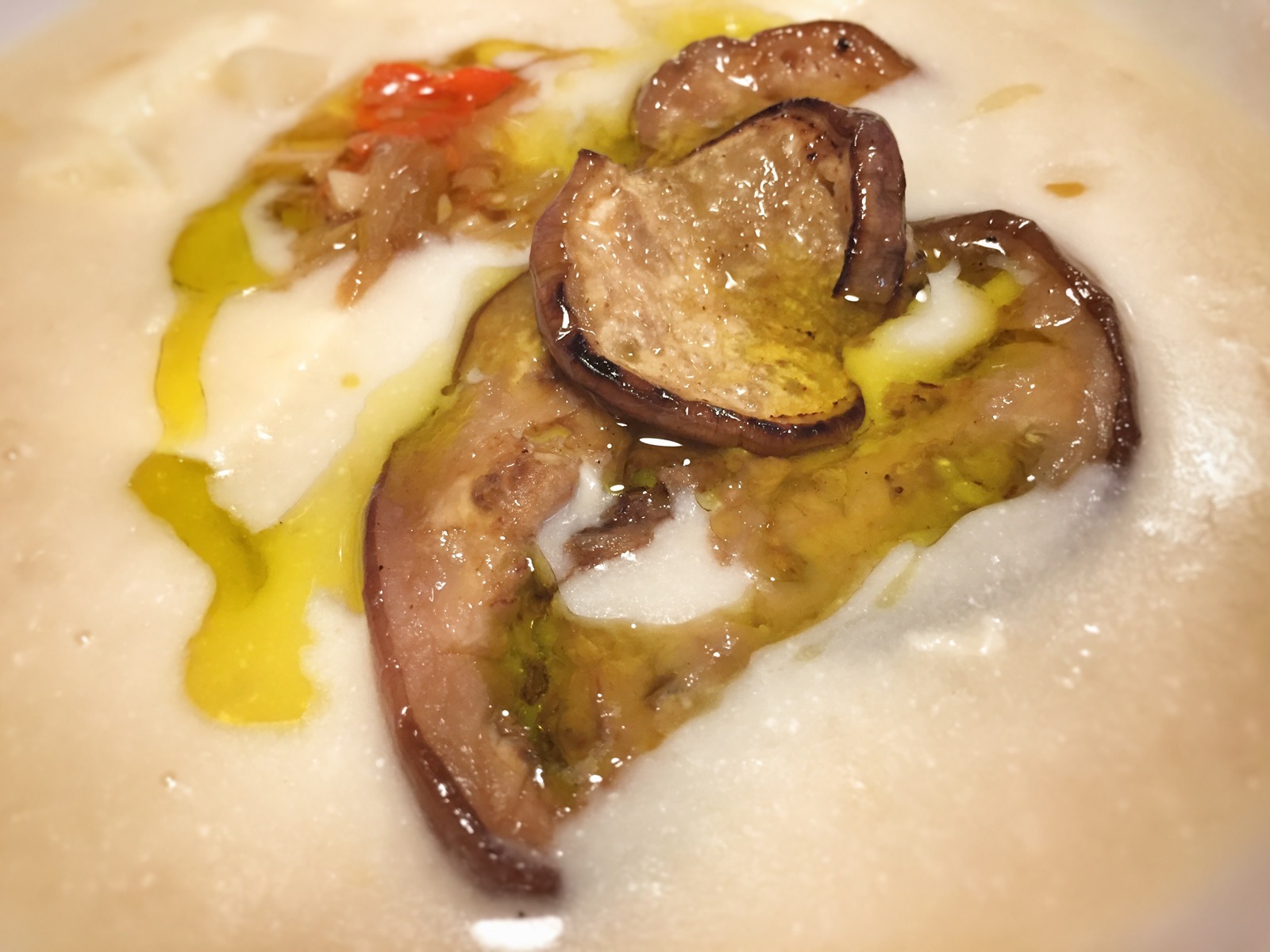 After that, it was shower time, because of the clear odorous liquid copiously exiting our ill-equipped northern bodies, so we went home. Deciding to sit out the heat, Gina once again became Ms. alvarez and schooled these children of ours in the mysteries of numbers, the English language and biology, I think, I wasn’t listening.

At night, Cartagena is a wildly different animal, a very loud animal. So much music in the streets, so much dancing, so many people asking for horse carriage rides! We met up with Alejandra again whose album had just dropped on iTunes (folk/rock fans, get it now!) so going to bed by nine, our usual because we’re old, was probably not going to happen. And I’m glad for once because having drinks atop the city walls at Café Del Mar was wonderful and dinner and dancing at Candé rounded up a wonderful evening in our new town. 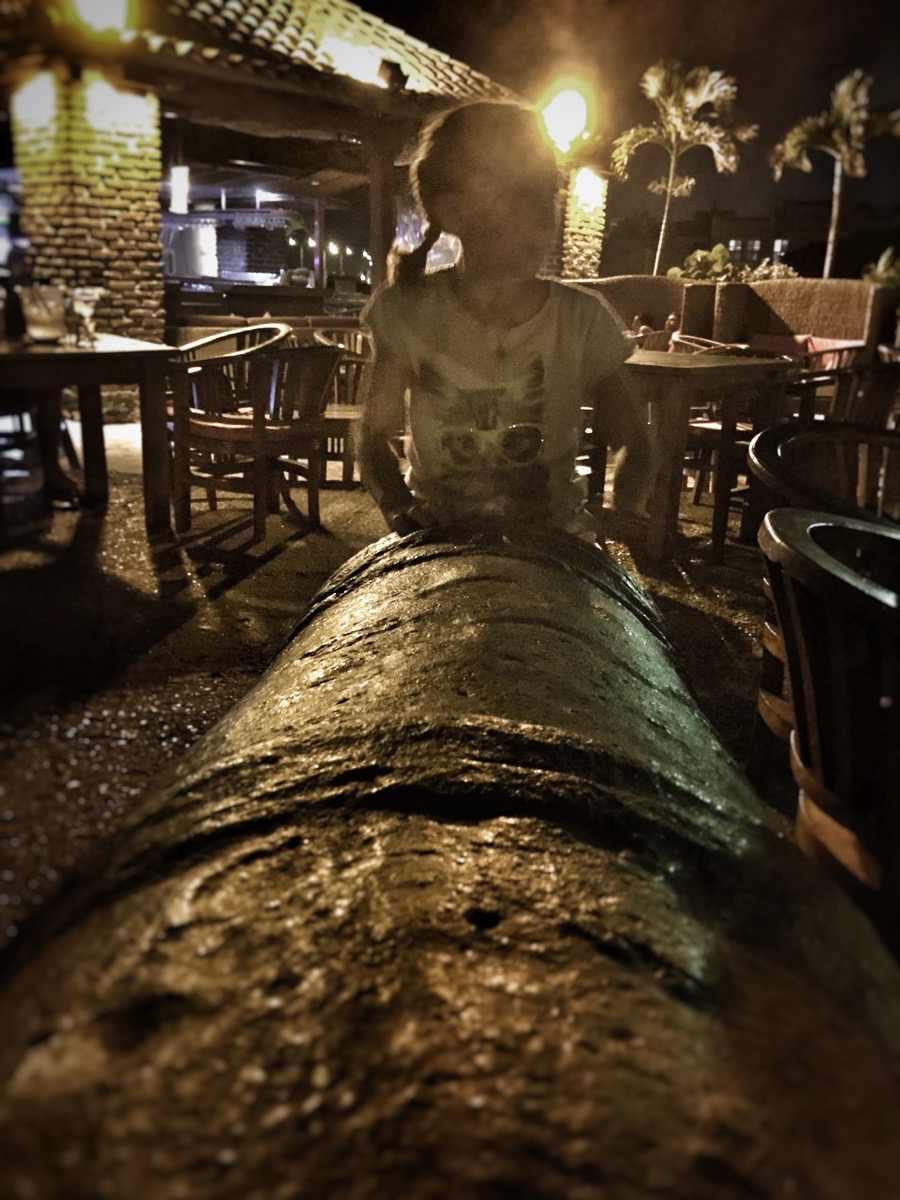 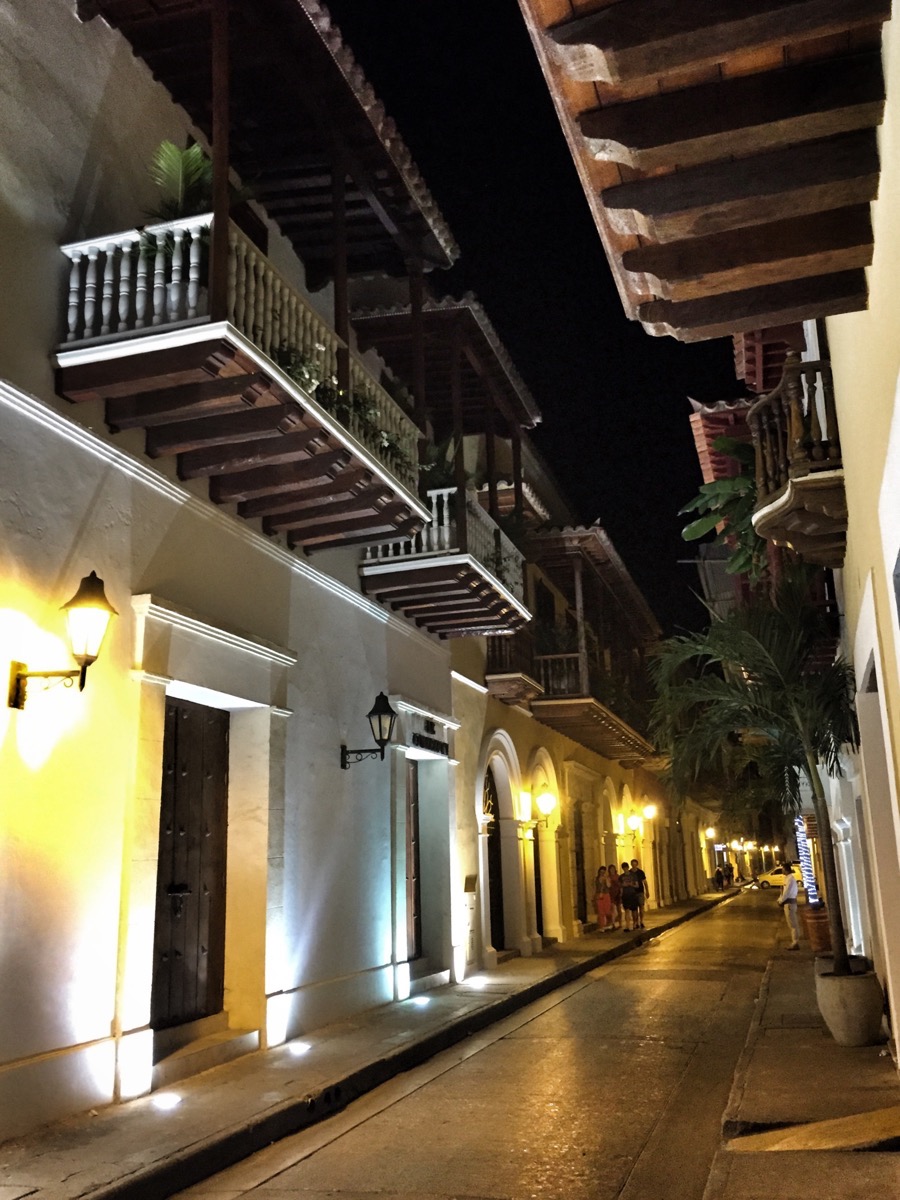 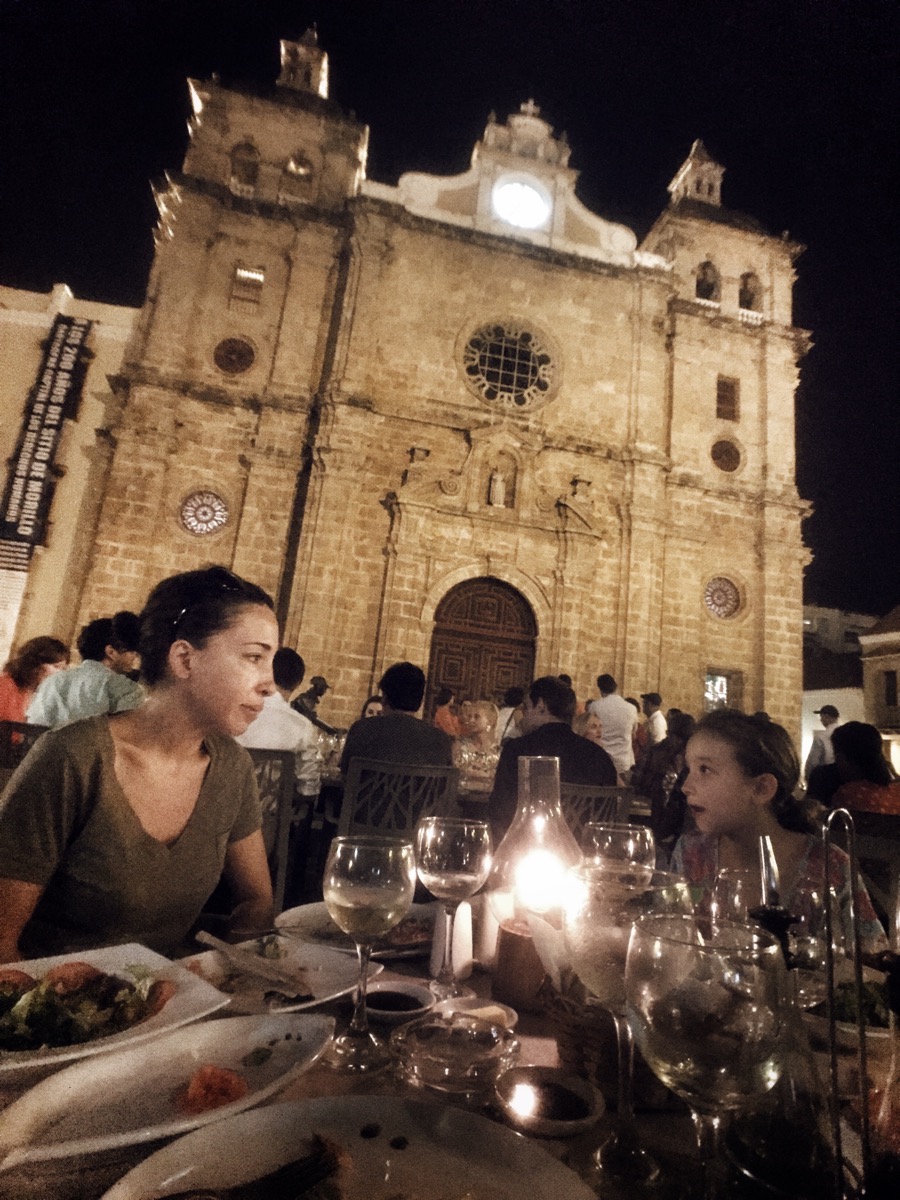 The next day was spent doing the least bit of sightseeing which I would not recommend. The fort was nice enough… 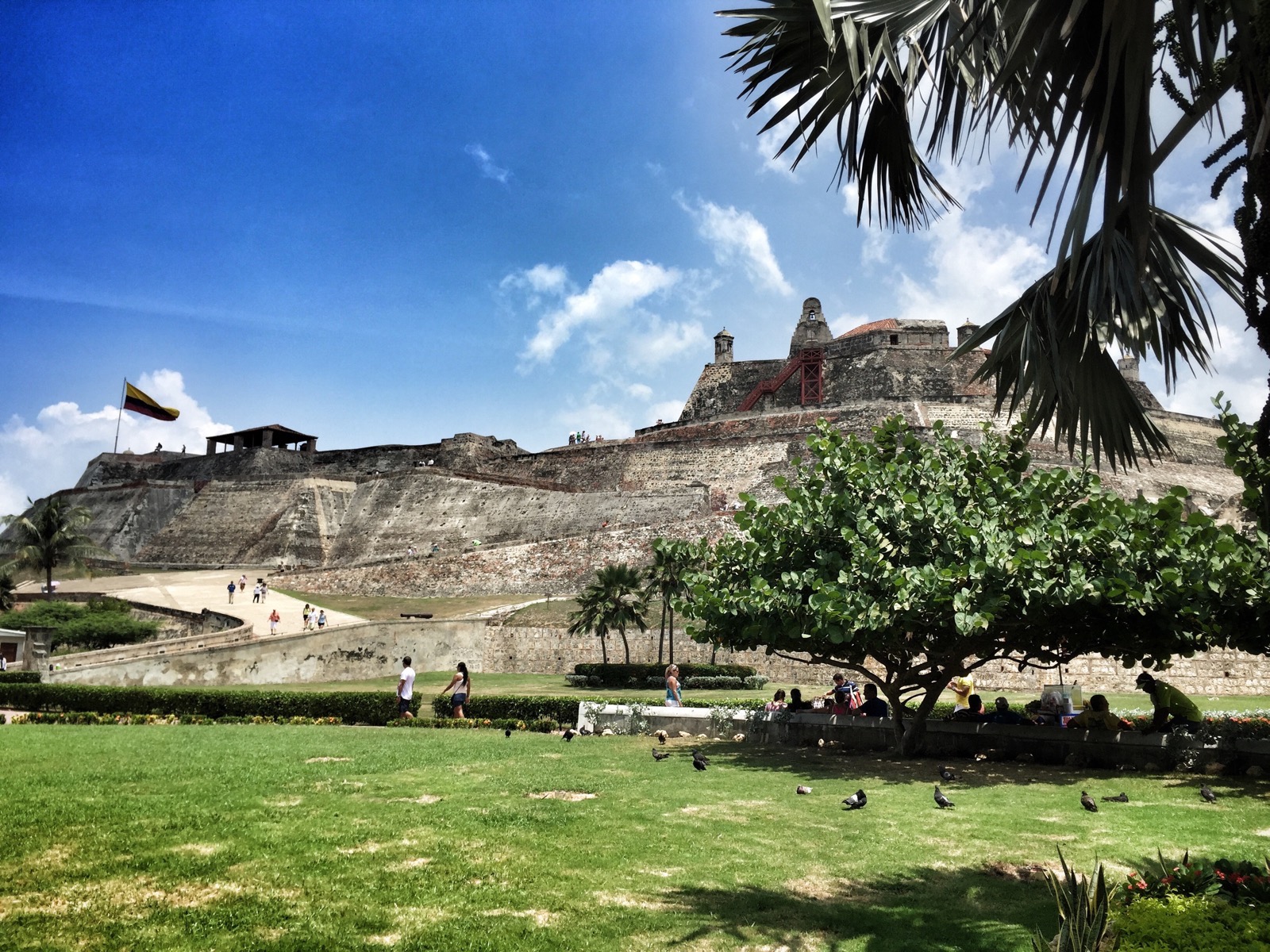 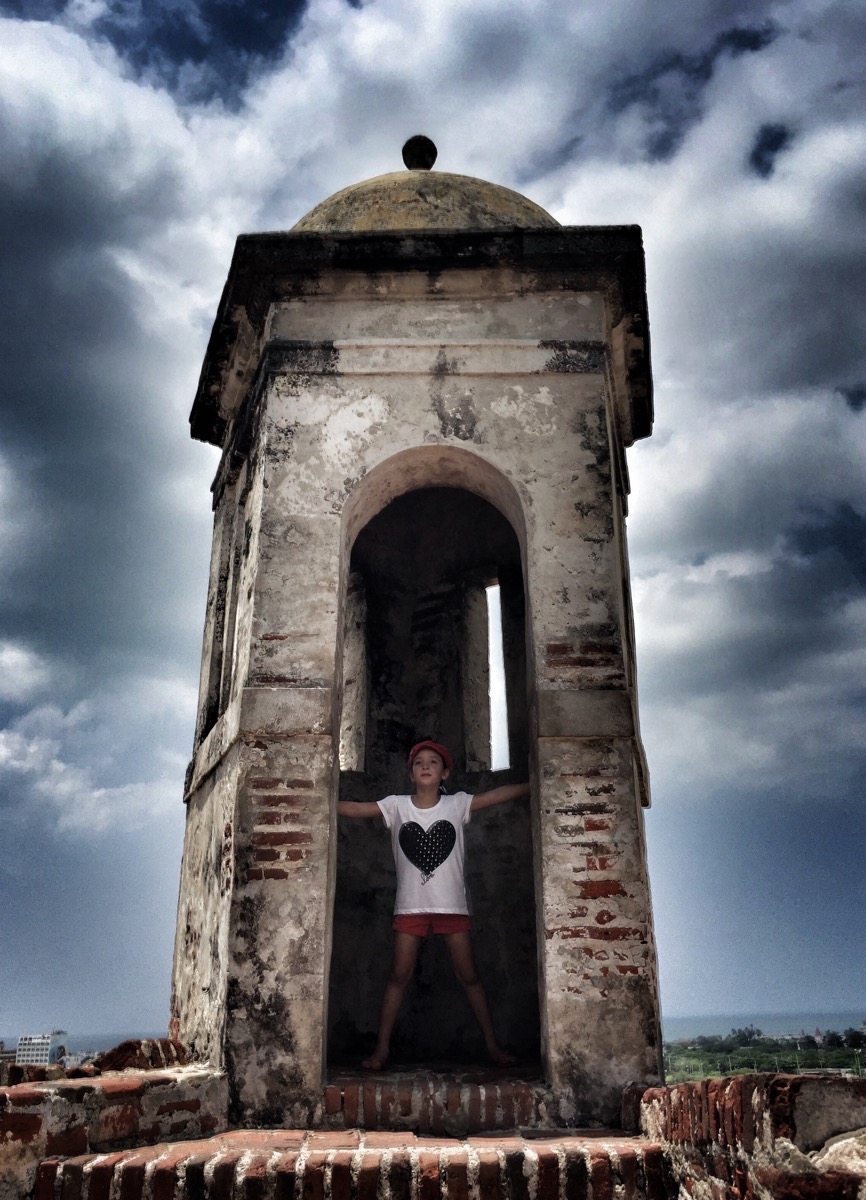 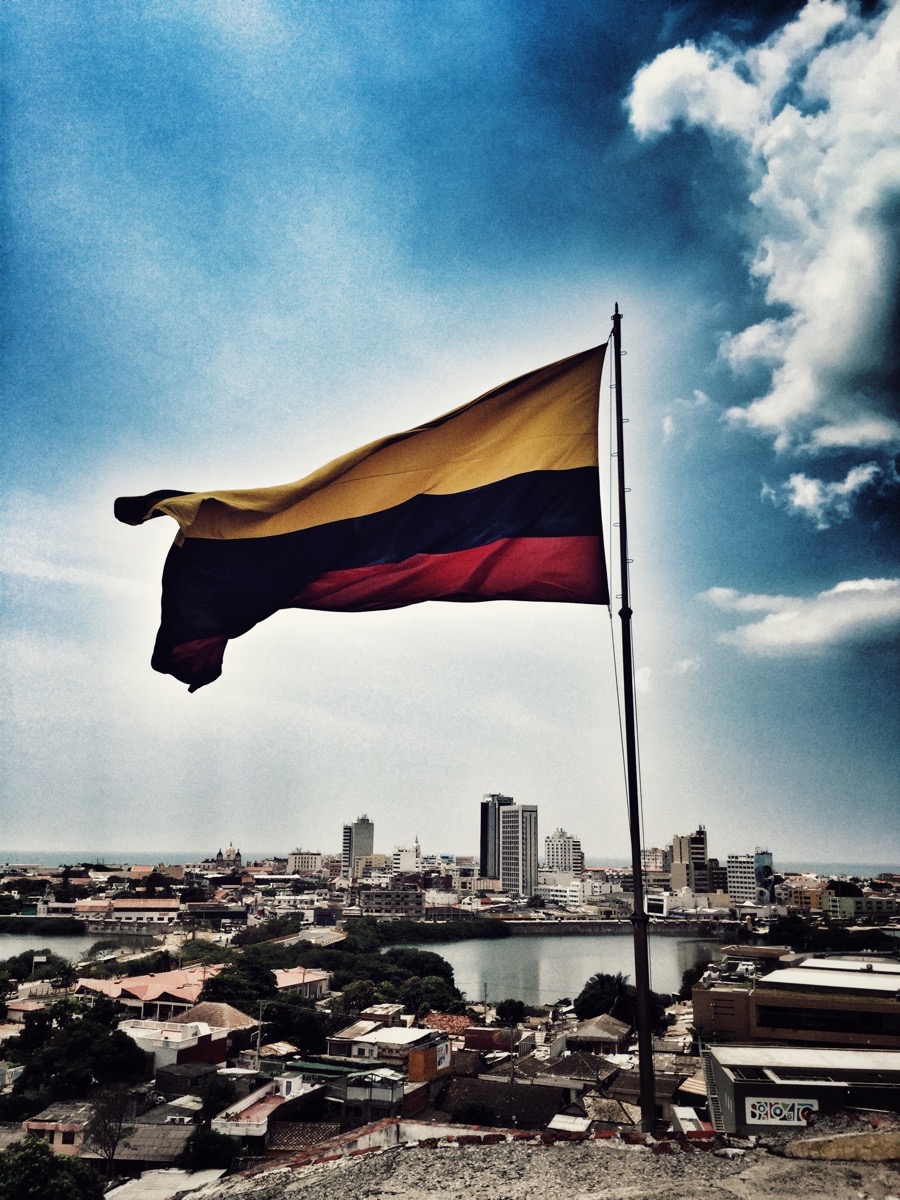 …but truth be told, the more of these things you visit, be they gold museums, middle-aged castles or fucking aquariums, you get diminishing returns every time. They make for good pictures but that’s about it. I would much rather get lost in the fabric of a new place rather than try to seek out every single postcard view. So that’s what we did the rest of the trip, until it was time to catch a boat… Thank you Cartagena, you’re beautiful. 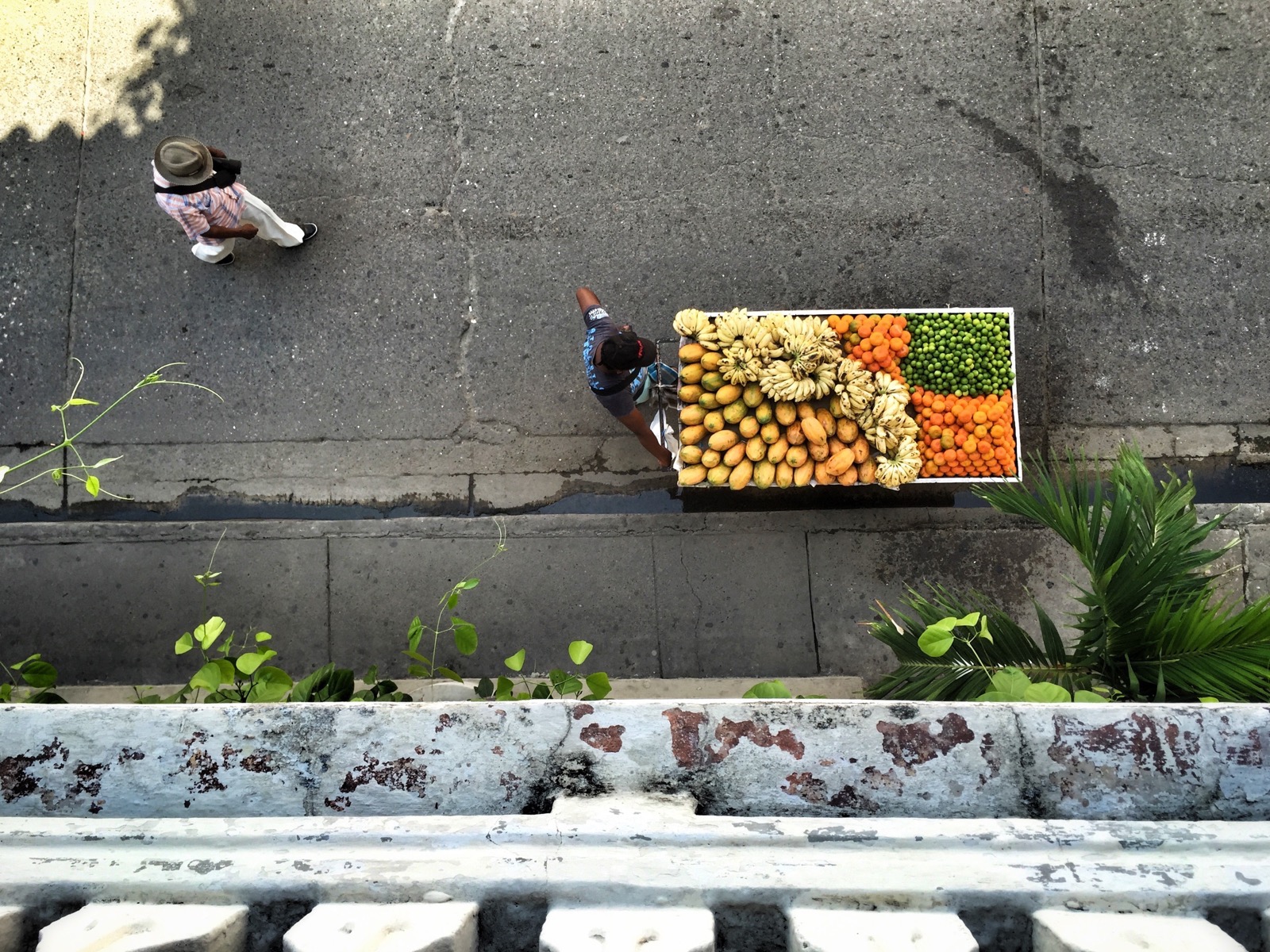